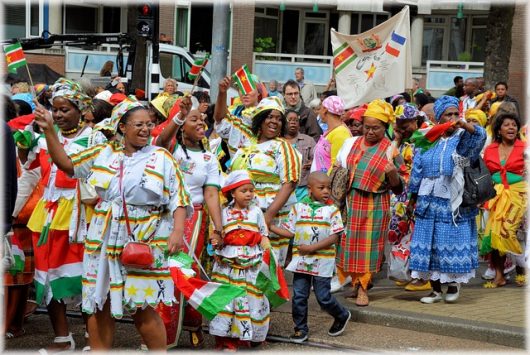 Suriname is a small country on the north coast of South America with a population of nearly 600,000. The country has improved much of its health standards in recent years when it comes to treatable diseases in Suriname.

As the country has grown economically and life expectancy has increased, the threat of diseases such as cardiovascular disease typhoid fever and malaria has been reduced. While the country has made progress, certain diseases in Suriname remain a threat in the form of outbreaks.

Suriname’s most recent disease outbreak was a yellow fever outbreak, the country’s first since 1972. This came as a surprise due to Suriname’s comprehensive vaccination programs, which have required yellow fever vaccines for all children starting at one year old since 2014. In response to the outbreak, the Suriname government enhanced vaccination activity to increase coverage and upgraded entomologic and epidemiologic surveillance by strengthening laboratory capacity.

Vaccination improvements have been one of the main factors reducing the threat of treatable diseases in Suriname in recent years. Today, national immunization coverage up is to 86 percent. Certain high-risk diseases such as Hepatitis B and C have been controlled thanks to the widespread childhood immunization programs.

Suriname also dealt with the outbreak of the Zika virus at the end of 2015, after four initial cases appeared, making them one of the earliest countries hit by the outbreak. Suriname implemented a health emergency risk communication plan to help spread awareness about the disease and contained it successfully. Today, government detection programs and strategies are utilized to reduce the threat of mosquitos, including the widespread use of treated netting.

Malaria treatment is another area which Suriname has seen significant improvement in the last decade. Confirmed malaria cases per 1,000 individuals have decreased drastically since 2005, dropping from 120 cases per 1000 to as few as 20 by 2014. Malaria deaths have also decreased as medical treatment and health infrastructure have improved.

Other diseases in Suriname that have been flagged by the government as recent threats are dengue fever and chikungunya fever. Over 2000 cases of dengue fever have been reported in the last 12 years, though none of them have been fatal. Chikungunya fever, another mosquito-borne illness, broke out in Suriname in 2014 with 17 cases, prompting the CDC to launch preventative efforts to raise awareness against the disease.

While several diseases in Suriname such as yellow fever present a threat to the country’s population, improved healthcare and immunization in the last decades have improved life expectancy in the country. Suriname‘s quality vaccination programs have reduced childhood deaths and will help the country when the next outbreak strikes.