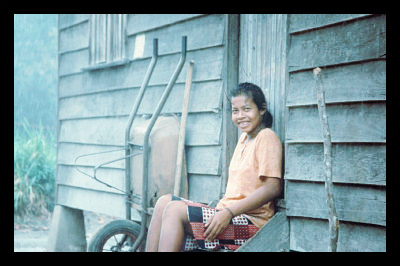 Poverty in Suriname affects nearly one out of every two people. The official rate is 47 percent. Some of the issues contributing to Suriname’s poverty are health, education, child labor, sexual exploitation and violence.

The children of Suriname do not have equal access to health care, which results in the neglect of serious illnesses. AIDS is the number one killer of children who are five and older. Any child that is infected by AIDS often has to be hospitalized immediately because there is no chance of taking care of the child at home. Malnutrition further catalyzes the effects of disease and a large amount of children are often hospitalized because of this.

Education in Suriname is also in shambles. The country favors the development of schools in the capital, leading to severe education inequality. Many primary schools that are not in the capital have teachers that are poorly trained, giving little hope for any improvement over time.

The amount of poverty in Suriname has often led to children having to take on jobs. The fixed age at which a child can start working is 14; however, eight percent of children ages five to 14 work, often in the agricultural industry where they are exposed to toxins.

Due to discrimination, there is also a lot of violence among the inhabitants of Suriname. The country is composed of several ethnicities and those belonging to the smallest group of minorities often get slighted when it comes to basic rights. These marginalized groups are often subject to forced labor and sexual exploitation.

There are improvements happening in Suriname though. For one, Suriname’s stance on child labor has improved. In 2013, Suriname made a moderate advancement in efforts to eliminate the worst forms of child labor. Recently the age limit for employment increased to 18. Increasing the capacity to enforce all child labor laws is also a goal for Suriname.

Education is also seeing improvements. The Netherlands Institute for Curriculum Development, or SLO, has been actively participating in the development of the Surinamese basic education curriculum. Another sector in which we see the poverty in Suriname being addressed is the housing market. The Inter-American Development Bank supported Suriname by providing a single upfront subsidy for the poorest families to build new homes or improve an existing solution.