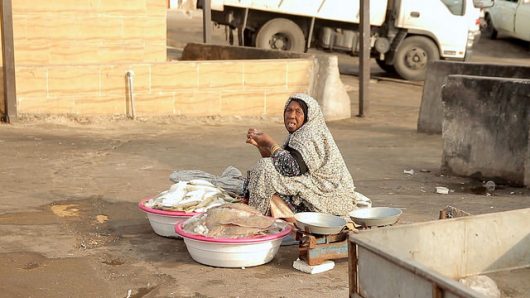 Poverty in Iran has been fluctuating over the years. There are many reasons for this, but also many solutions that the government, citizens and other countries can take to make changes and help those in poverty. The current population of Iran is around 82 million, and in 2017,  28.40 percent were unemployed youth.

According to a World Bank study, poverty in Iran is estimated to have fallen from 13.1 percent to 8.1 percent between 2009 and 2013. This was most likely because of a universal cash transfer program in late 2010 that focused on eliminating the subsidies on energy and bread. However, poverty is still a major issue. According to another World Bank study, poverty increased again in 2014 and declining social assistance could be a potential reason.

Poverty in Iran is not only affecting citizens’ ability to afford basic necessities, but is also causing negative issues related to mental health, including suicide, in Iran’s youth. Regardless of all the causes of poverty, there are actions being made to make changes.

Unemployment is a major problem in Iran. Many individuals are working more than one job to afford basic necessities and pull themselves and their families out of poverty, while others are barely working at all. According to an Iranian economist, “there are currently 3.3 million jobless people in the country.” This is due to the increasing income gap between the rich and the poor. The minimum wage jobs of many individuals with lower incomes can not help them move out of poverty and the wealth gap has been expanding. On top of this, there aren’t enough jobs to go around.

Sanctions Hurt the People Too

U.S. sanctions imposed on Iran don’t only affect the politicians but the citizens too. Sanctions are seen as one of the major causes of food insecurity, mass suffering and eventual high poverty rates. According to The Economist, 75 million Iranians are suffering from the U.S. sanctions imposed on them. Oil, for instance, is the largest source of income for Iran. When there is no oil coming, there are no U.S. dollars, and everything purchased in Iran is with U.S. dollars. With no U.S. dollars, the value of Iranian rial is falling drastically, causing many companies to go bankrupt. Therefore, they have to let a lot of employees go.

The World Bank released a report on the economic improvement in Iran and stated that many of the economic developments in Iran are due to the removal of the sanctions over the country’s nuclear energy program enforced in 2016. Removing the sanctions will make living conditions for Iranian citizens in poverty less difficult. However, as of November 2018, the U.S. is imposing the sanctions again and informing and requesting all other countries, including India, China and the European Union countries, to stop working with Iran. With reinforced sanctions that were in place before 2016, there is a lot of unrest and fear among citizens for more unemployment and more people going into poverty.

Poverty in Iran can be seen as a major issue, exasperated by the upcoming sanctions on businesses and oil in the country as well as the increasing gap between the rich and poor in society.  However, statistics show that creating jobs and removing sanctions can significantly improve the lives of Iranians living in poverty. Communication is key to global change.

Girls’ Education in The Gambia Fiction vs. Reality: How the Media Misrepresents Madagascar
Scroll to top