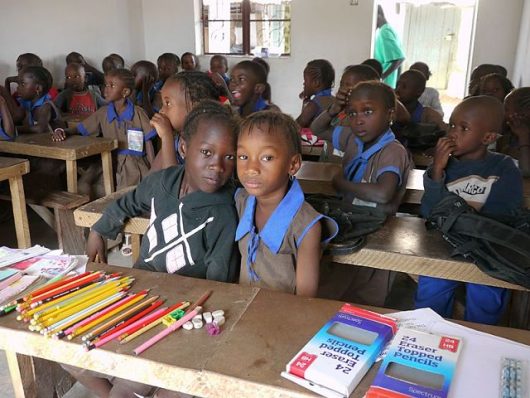 In addition to its status as the smallest country in mainland Africa, The Gambia boasts impressive improvements in educational gender parity over the past twenty years. While structural barriers to education that affect girls disproportionately still exist, significant strides have been made to make education accessible to the girls across the country.

Hopes for girls’ education in Gambia are high, especially for the youngest ones. Since 2007, there has been an equal number of Gambian boys and girls enrolled in primary school. A significant portion of this success can be attributed to the Education for All initiative, led by UNESCO and implemented in 2004. The initiative aimed to achieve gender parity in primary school enrollment, and it obviously succeeded.

In deciding whether or not to send their female children to school, families consider the opportunity cost. Girls in school cannot perform the domestic labor traditionally expected of them, which means they cannot provide immediate income for their families. Other direct costs, such as textbooks and uniforms, often present way to big of a burden on poor families.

This economic burden has long kept girls out of schools. As of September 2013, however, the Global Partnership for Education partnered with the World Bank and the Gambian Government to eliminate school fees for primary school. For families who could previously not afford to send their daughters to school, the primary school became accessible. As of September 2014, this was extended to upper basic and secondary schools as well. Before school fees were abolished, there were also scholarships specifically for girls available to encourage poor families to send their daughters to school.

Improvement of hygiene in schools

When feminine hygiene is inaccessible, girls are unable to attend school consistently. Historically, women period has forced girls to take time off school, making it difficult to keep up with coursework. To address this, the Education for All initiative began providing free sanitary pads at schools. A study done by The Gambia’s Ministry of Basic and Secondary Education (MoBSE) showed that this initiative significantly increased girls’ self-confidence and school attendance rates. After sanitary pads were supplied, girls’ attendance increased from 68 percent up to nearly 90 percent.

Dedicated Gambian mothers are standing up for their girls. Across The Gambia, numerous Mothers Clubs are raising money and awareness for girls’ education. UNICEF has provided them with labor-saving machines, such as milling machines, which lessen the female labor burden. Less time working means more time for school. UNICEF also provides some seed money for the women to embark on income-generating projects, which support their local schools and alleviate the indirect and direct costs of girls’ education.

An engaged community, driven by mothers and mobilized by foreign aid, is challenging the status quo to shape a brighter future for Gambian girls. Girls’ education in The Gambia has become a national priority. While social expectations for girls still impose barriers to education, the Gambian government, aided by UNICEF and UNESCO, has made education significantly more accessible to girls in this little country.