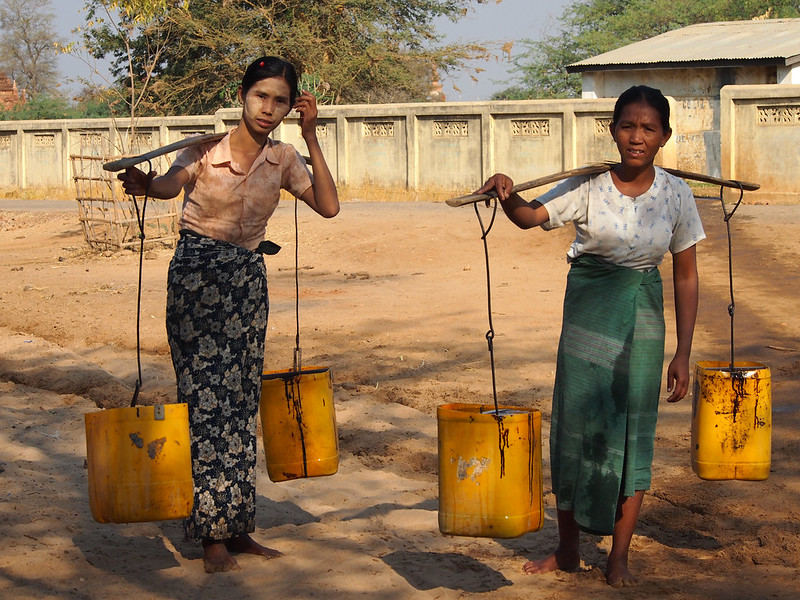 Political change often brings a liberalization of public opinion on gender roles. On the surface, this seems to be the case in Myanmar. In 2010, the country held its first national election in 20 years, following half a century of brutal reign by a military junta. This election led to the release of democratic icon Aung San Suu Kyi from house arrest and to her 2012 win of a parliamentary seat. Suu Kyi went on to lead the National League for Democracy to victory in the 2015 election, but the party resisted her proposed reforms. Since 2017, Myanmar has descended into internal conflict and waged genocide against its Rohingya minority. This continued violence disproportionately impacts women, impacting broader gender roles in Myanmar.

The European Association of Development Research and Training Institutes hosted a webinar entitled “Gender and Development in Myanmar” on June 17, 2020. During the webinar, Dr. Elisabeth Olivius shared her findings that post-war reforms may entrench gender disparities in Myanmar. The country has experienced a relative period of peace over the last 15 years. There has been an upsurge in state-led development projects in the past decade. These projects aim to ameliorate legacies of war, namely extreme poverty, but a lack of state provisioning has actually widened gender inequalities.

Dr. Olivius explained how unequal gendered divisions of wartime labor prevent women from taking advantage of development. They shape who wins and loses in post-war transformations. Domestic responsibilities make women less mobile and prevent them from taking advantage of new opportunities. In addition to tangible constraints, women’s wartime roles forced them to endure trauma, exhaustion, and stress without respite. Dr. Olivius recounted one anecdote: during the war, the men of one village fled to the jungle to hide, leaving the women to feed and pacify the occupying army.

Traditional values—often intertwined with a preference for authoritarian rule—perpetuate the conservative gender attitudes that keep women out of the public sphere. This is exemplified by how women’s informal labor in Myanmar also underpins its need for economic reforms. Burmese women perform work in the mining industry and through reproductive labor—the birth and rearing of children—without the benefit of state aid. Feminist groups have seen successes like the creation of a national strategic plan and the drafting of a gender violence law. However, nationalist groups have advanced a largely regressive agenda.

Poverty and Gender Roles in Myanmar

The extreme poverty brought on by wartime conditions also disproportionately impacts women. Women sometimes have to walk miles to procure resources for their families, according to Dr. Olivius. One report details local women walking for hours to draw water from the closest well. This well was in a dark and oxygen-lacking cave several hours from their village. Without childcare alternatives, the women had to bring their children with them on this journey. These women have since reported miscarriages resultant from the grueling collection trips. Addressing women’s poverty in Myanmar isn’t just about securing better-paying jobs; it must include treatment for emotional and physical depletion and harm.

Furthermore, Dr. Olivius stressed that ownership of land in the context of economic restructuring is gendered and contributes to insecurity for women. Without the necessary political reforms, women go unrecognized as landholders. This lack of government-sanctioned landownership makes women particularly vulnerable to land appropriation by outside groups. One Burmese woman lamented, “The local authorities do not even recognize the woman’s name, just only the leader of the family. The leader is a man, so nothing for women…Now they have no land to survive.” Women are not considered family leaders, despite the male migration and war that resulted in many female-led households.

Gender roles in Myanmar must change beyond the point of one woman publicly working in politics. While the 2008 revisions to Myanmar’s constitution show promise, they do not include any specifics concerning women’s representation. Quotas in such situations often serve as a distraction and don’t necessarily lead to development, and the representation of individual women in politics is compatible with gender inequality and negative attitudes towards women’s rights.

Women’s rights need to be constructed by and for the women impacted. One necessary step is collaboration with indigenous sources to reimagine Buddhism as a conceptual ground for women’s rights. Professor Htun emphasized in the webinar that religiosity and conservatism are not linked in Myanmar. It is important that donors support groups like Musawah, which is “spearheading a global Campaign for Justice in Muslim Family Laws,” and creating a Muslim vision of women’s rights. Donors can also encourage autonomous, local construction, even if it is religiously oriented. Progress begets progress. As the country makes political and economic strides, gender roles in Myanmar must become more equitable.

The Media Shift On Poverty And Its Implications Together For Her: Domestic Violence Amid COVID-19
Scroll to top