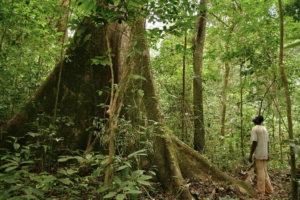 Gabon is a country on the west coast of Central Africa, the equator passing through its center. The country is known first and foremost for its rainforests, which cover more than 80 percent of its terrain. Due to a historic deal with Norway, there now exists a financial incentive for preserving rainforests in Gabon.

The deal, which took place at the 2019 Climate Action Summit in New York, will reward Gabon with $150 million over the course of the next 10 years. In preserving Gabon‘s rainforests, the U.N. hopes to reach net-zero greenhouse gas emissions by the middle of the century.

Norway has been involved in similar preservation efforts in the past, most notably through its partnership with Liberia in 2014. Much of Norway’s partnership with Gabon is mirrored in its work with Liberia, in which Liberia was offered a maximum of $150 million by 2020. The main difference between the two deals involves their retroactive and proactive natures: the deal with Liberia was based on future preservation efforts, whereas the deal with Gabon is based on past accomplishments, as well as future goals for the nation.

The new deal was announced by a representative for the Central African Forest Initiative (CAFI). CAFI is a partnership between six Central African countries, the U.N. Development Program (UNDP), the Food and Agriculture Organization of the United Nations (FAO), the World Bank, and a coalition of foreign donors, including the Kingdom of Norway, France, Germany and the United Kingdom.

CAFI was launched at the U.N. Sustainable Development Summit in September of 2015. Its goal, to put it simply, is to assist the governments of the six partnered Central African countries (Gabon, Cameroon, Equatorial Guinea, the Central African Republic, the Republic of Congo and the Democratic Republic of the Congo) and to aid in reform efforts. These reforms are far-reaching, addressing issues of climate change, food insecurities and poverty.

How Does Preservation Help Address Poverty?

Preserving Gabon’s rainforests is currently a central focus of CAFI. What follows are just a few of the ways in which preservation can help alleviate the symptoms of poverty: