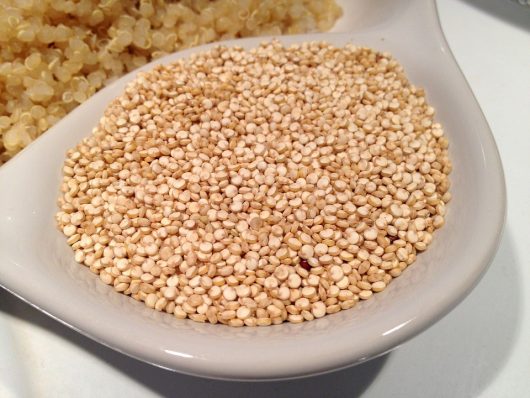 Prior to quinoa’s surge in popularity, few Americans had heard of this South American grain. U.S. imports alone quadrupled between 2006 and 2010 as quinoa’s virtues of versatility and high protein content spread.

Unbeknownst to the public, quinoa production had a direct impact on the levels of poverty in Peru. So, soon after quinoa “took off,” a slew of inflammatory articles in 2013 reprimanded quinoa consumers for raising the demand and price of the nutritious food, which restricted access for poor Andean people.

Poverty in Peru and Bolivia affects over 50 percent of people in the Andean region. Many suffer from lack of education, food insecurity, poor health care and a life expectancy 20 years lower than people in Lima.

Due to conditions in this region, “foreign quinoa consumption is keeping locals from a staple grain” is a serious accusation. However, the popularity of this protein-rich food has provided many economic benefits for the area. A NPR study showed how living conditions drastically improved for people in the Andes during the boom in quinoa sales.

In 2013, the Guardian published an inflammatory article called, “Can Vegans Stomach the Unpalatable Truth About Quinoa?” claiming that fame has driven the prices so high that locals can no longer afford it. The argument seemed sound as poverty in Peru is a major issue. It seemed though, that the Guardian brought up a touchy subject–droves of articles then began cropping up both defending and debunking this argument.

The good news is that quinoa prices are still within reach for Peruvians. A recent article from NPR explains two different studies focusing on the super grain: one found that the people in quinoa-growing regions, farmer or otherwise, experienced an economic flourishing that favored farmers and generally overcame any additional quinoa costs; the second study focused on quinoa consumption in the Puno region where 80 percent of Peruvian quinoa is grown.

The author of the second study, a Berkeley graduate student, discovered that people in the Puno region consumed a similar amount of the grain without cutting any valuable nutrients from their diets.

While quinoa is culturally important, it is not a staple crop like rice or maize. On average, only between 0.5 and 4 percent of an average Peruvian family’s budget is spent on quinoa–thus the extra cost is not debilitating. In fact, quite the opposite of debilitation occurred: domestic quinoa consumption tripled in 2013.

While the positive economic effects continue to boost the region, there are reasonable concerns about the sustainability or longevity of quinoa production. Demand has caused farmers to decrease the amount of quinoa varieties grown, as well as reduce llama farming which used to provide fertilizer.

Degradation of soil and biodiversity are also risks of extensive quinoa production. Unfortunately, quinoa’s popularity also attracts competitors, and as other countries began to grow the super grain and supply increases, Peruvian demand falls. Prices are sinking, which is great for frugal, health conscious shoppers but very concerning for Bolivian quinoa farmers.

While unclear how long benefits will last, quinoa’s popularity proves extremely beneficial towards alleviating rural poverty in Peru and Bolivia. In order to extend the grain’s benefits, some organizations are trying to encourage the sale of more varieties of quinoa to conserve biodiversity and renew interest in South American grown grains.

On the positive side, quinoa has provided some temporary relief for those facing poverty in Peru.

Female Equality: #WhatIReallyReallyWant for Women’s Rights Helping Improve Education in Zimbabwe One Bike at a Time
Scroll to top