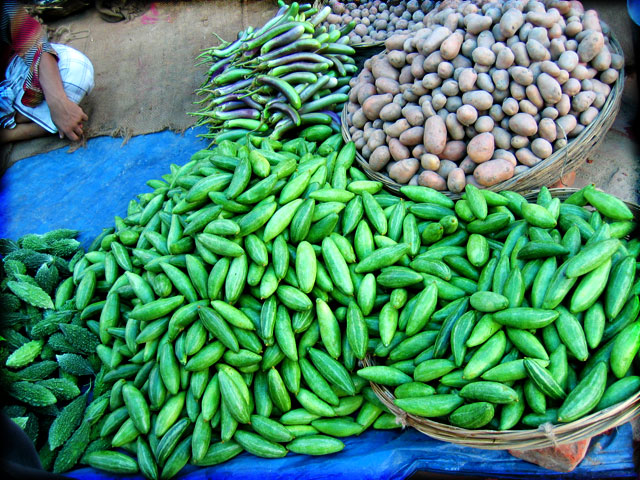 Every year, the citizens of Bangladesh have to contend with monsoon season, a cool, rainy period that usually lasts from June until October. Most parts of the country get at least 2000 millimeters of rain per year, and 80 percent of that falls during monsoon season. Northeastern Bangladesh is typically hit hardest, sometimes receiving over 4000 millimeters per year.

The heavy rains bring another problem: flooding. When rivers flood, they destroy both crops and nutrient-rich topsoil. As flood waters recede, they often leave behind large quantities of sand and silt, which reduces the availability of arable land.

The United States Agency for International Development (USAID) blames this problem in part for Bangladesh’s malnutrition epidemic. According to USAID, 25 percent of Bangladeshis remain food insecure, and women and children are affected most. Of children under five, 16 percent are acutely malnourished and 41 percent have stunted growth.

But one organization believes it has found a solution. Practical Action, an international NGO that uses technology to alleviate poverty in developing countries, has spent several years experimenting with various “sandbar cropping” techniques in Bangladesh. Their solution? Pumpkins.

Practical Action’s tried-and-true technique for farming pumpkins in the sand is to dig a pit in the sand and fill it with compost and a dozen pumpkin seeds. The pumpkins can grow and be harvested before monsoon season rolls around again.

Pumpkins provide a variety of health and logistical benefits. They can store for a year, providing a stable, reliable source of food. They are also a good source of Vitamin A, a nutrient often lacking in Bangladeshi diets. And in a nation where rivers often change course during monsoons and farmers thus lose their land, sandbar cropping provides more security.

This is why Practical Action started Pumpkins Against Poverty, a project to train 50,000 Bangladeshis with no land of their own to grow up to 600 pumpkins a year. Participants can use the extra income generated by selling the crop to buy livestock or send their children to school. The project will last until March 2018 and has the potential to be replicated nationwide.

Bangladesh is far from the only country to realize the value in farming pumpkins as a solution to poverty. Uganda has also embraced the crop as a profitable, nutritious foodstuff. Pumpkin varieties in Uganda are numerous and include Sweet Cream, Bala, Dulu, Onziga, Sunfish, Anderina and Sugar Pie, among others.

Fatuma Namatosi, founder of Ugandan agribusiness firm Byeffe Foods Company Ltd., decided to center her business on pumpkins, citing them as her favorite crop. The company makes pumpkin porridge, which is popular among children and gives them a vital nutrition boost. Byeffe also helps teach young Ugandans agricultural entrepreneurial skills and creates jobs in the field that employ thousands of young people.

Namatosi founded Byeffe in 2015. Since then, she says, “I’ve provided more accessible and nutritious food options to communities across Uganda, created a variety of agricultural jobs that generate income for families, and empowered more people like me, especially young women, to create their own path in the agriculture industry.” All that progress comes down to pumpkins.