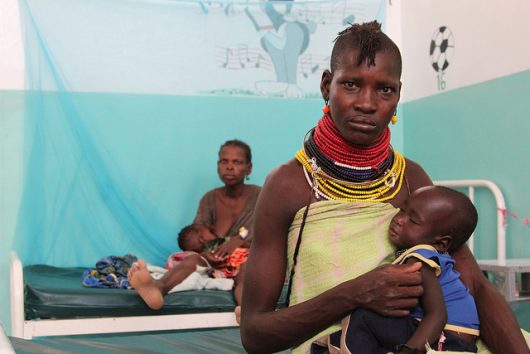 Approximately 6 million five-year-old and younger children die each year, mostly from preventable diseases such as pneumonia, diarrhea and malaria. The majority of these deaths are based in the world’s low- and middle-income countries where healthcare is limitedly available.

The Bill and Melinda Gates Foundation helped launch the Child Health and Mortality Prevention Surveillance (CHAMPS) Network in an attempt to clearly understand the causes of illness and deaths due to preventable diseases for children in these areas.

Even though reducing mortality rates for children under the age of five is a key objective for global development initiatives, major gaps in health surveillance, research and cause-of-death determination still exist throughout the world.

After an intensive selection process and with the high percentage of under-five deaths in Southern Asia and Sub-Saharan Africa in mind, CHAMPS announced its first three sites on June 14:

CHAMPS will help each of these sites build surveillance infrastructure and train local site staff. The data collected from each location will then be shared with scientists, health officials and others around the world in an attempt to stimulate advocacy and research.

“The data from CHAMPS will provide new tools to better protect children from preventable diseases. Six million preventable deaths each year is a reality none of us can accept. CDC is proud to work with Emory and the governments of South Africa, Mozambique and Mali on this important effort that will change that reality and provide healthier futures for millions of children and their families,” said Dr. Rebecca Martin, the director of CDC’s Center for Global Health.

With an initial commitment of up to $75 million by the Gates Foundation, CHAMPS is envisioned as a long-term, 20-year initiative that will eventually reach up to 20 sites. As it expands, the network will provide capacity and training for situations such as the event of an epidemic (for instance, Ebola) in various sites, thus helping make the world a much safer place.

A Focus on Early Childhood Education in the Middle East A Nation in Recovery: 10 Facts about Ecuadorian Refugees
Scroll to top