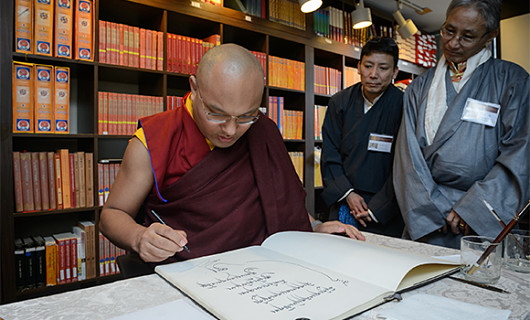 For many centuries, Tibet lay peacefully on the Tibetan Plateau, its people cultivating a sense of community that lived a life of peace with their leader, the Dalai Lama. However, with increased globalization and pressure for development, their migratory way of life and secluded nature no longer seemed feasible in the grand scheme of things, and their neighbor China invaded them. This invasion forced several Tibetan people to seek refuge in the village of Dharamsala, a small part of northern India. It became home to the Dalai Lama and his followers, but several Tibetans still attempt to live on the Tibetan plateau and are constantly fighting the arrest and destruction that China has thrust upon them.

For those few remaining souls, life can be very difficult as they face increasing pressure to either join China, be arrested, or flee to Dharamsala, leaving their homes and families behind. The main reason these individuals must make a decision is because they have very limited means of supporting themselves. After living in a migratory way for the majority of their lives, adapting to the new landscape, which includes a train that goes directly to China, has become very difficult. Some Tibetans are attempting to preserve their culture by acting as tour guides and performers, but with limited access, this is becoming a job that only few can hold. Luckily, there is an NGO that is willing to help.

The Bridge Fund (TBF) is an organization that is “working to improve the lives of Tibetan communities in China through locally driven, integrated development programs and overarching initiatives. The program supports education, health care, cultural heritage preservation, environmental conservation and business development. TBF exists to literally bridge resources technical, financial and advisory for Tibetan communities so they can meet their own economic, social, cultural and environmental needs.”

TBF allows local Tibetans to produce goods that can be sold in stores throughout the world. It also strives to preserve Tibetan heritage and has recently launched a music and mural preservation initiative that has proven to be very successful. By providing business education to Tibetans young and old, The Bridge Fund is succeeding in making Tibetans more independent as they face hardships imposed by China. By providing counsel and connections, the organization is effectively creating business-savvy individuals who will be able to compete on the global market while simultaneously preserving their own culture.

Several other Tibet-based NGOs have come into effect and have been working alongside The Bridge Fund to help the Tibetan people preserve and protect what is rightfully theirs. While it is understandable that China may want to push their borders further west in order to accommodate a growing population, it is imperative to understand the importance of preserving a nation that is home to a rich cultural background. As the Dalai Lama once said, “Our prime purpose in this life is to help others. And if you cannot help them, at least do not hurt them.” This is a prime opportunity to help people who, at the present moment, are struggling to help themselves.