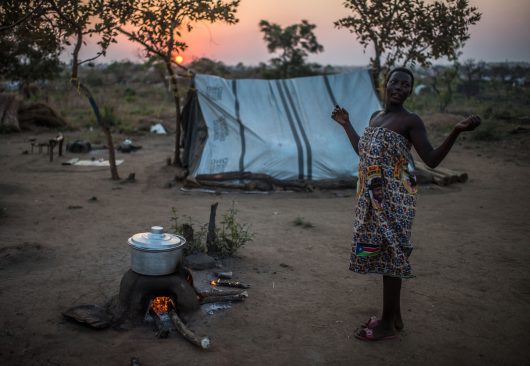 While the disease Maternal and Neonatal Tetanus affects newborns, there are other diseases that can be harsher to pregnant women in poverty, since their bodies work harder to provide health to two individuals. Because of a lack of healthcare and nutrition, these women can be more susceptible to diseases that could be easily managed in countries with accessible healthcare. Here are the top five diseases affecting pregnant women in poverty:

Pregnant women in the second or third trimester are more likely to experience liver failure when they contract Hepatitis E. When contracted in the third trimester, the fatality rate is as high as 25 percent. An epidemic in India resulted in high mortality rates of pregnant women. To decrease the risk of spreading Hepatitis E, it is important to maintain hygienic practices and proper handling of public water supplies, since the infection can spread through contaminated drinking water.

Due to vaccinations, measles is fairly rare in developed countries. However, this is not the case in developing countries. While measles is severe to a baby, it can be even worse for women during pregnancy. A study from Saudi Arabia found that 80 percent of pregnant women in poverty with measles were hospitalized. Measles can infect the fetus and increase the risk of prematurity and miscarriage.

Though preventable through vaccination, malaria remains prevalent in Africa. There are about 200,000 newborn deaths each year as a result of malaria in pregnancy, and 30 million women in areas infected by malaria become pregnant each year. When pregnant, the woman’s immunity to diseases decreases, so exposure to malaria increases the risk of illness, severe anemia and death. However, there have been interventions to decrease the risk of contracting malaria. In 2000, the first African Summit on Malaria was held in Abuja, Nigeria. Here, heads of state committed to providing effective malaria interventions to at least 60 percent of pregnant women. Also, there have been efforts to bring malaria interventions through antenatal clinics in Africa.

Globally, HIV/AIDS is the leading cause of death among women between the ages of 15-24, the age women are most likely to become pregnant. Women are twice as likely as men to contract the virus. Antiretroviral therapy has been used to treat pregnant women.

This airborne disease is 10 times more likely to infect pregnant women who test positive for HIV. According to the WHO, every year about 700,000 women die from tuberculosis, and more than 3 million women contract the disease. Tuberculosis is the third leading cause of death among women between the ages of 15 to 44. When pregnant, the disease is harder to diagnose since the symptoms (fatigue, tiredness, and shortness of breath) are similar to typical symptoms of pregnancy.

If the U.S. Congress passed the Reach Every Mother and Child Act, pregnant women in poverty who are diagnosed with treatable diseases could receive the necessary treatment. If passed, the U.S. government will provide agencies to expand interventions for maternal health, to provide treatments and assistance to afflicted women and children.