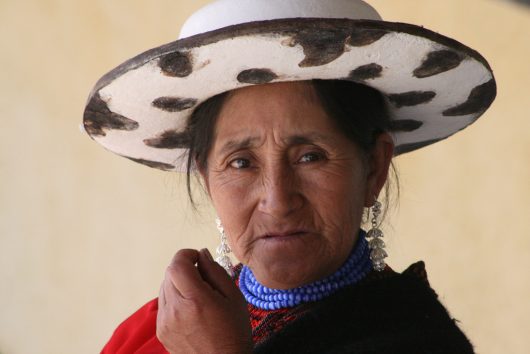 Since 2000, the economy in Ecuador has turned around drastically. After its financial crisis in the early ’90s, poverty rates skyrocketed, and hunger in Ecuador multiplied. Foreign and domestic assistance programs, coupled with sound government actions have helped create a more stable environment. Nonetheless, there are still plenty of Ecuadorians going without.

More Citizens in Poverty Than Not

In the late ’90s, a failure of Ecuador’s largest banks resulted in one of the worst economic crises in its history. By 2000,  64.4% of its citizens were living below the poverty line. The Ecuadorian government stepped in and took out a loan from China to help stop the bleeding, and focused on bringing the 10% of the Ecuadorian population who emigrated after the crisis back with a “Welcome Home” plan. This aided those who returned to Ecuador to start businesses, which in turn helped unemployment and poverty levels. At the close of 2015, those living below the poverty line in Ecuador had fallen to 23.3% — still nearly a quarter of the population.

Despite the declining poverty levels, hunger in Ecuador is still a major concern, and 64% of people in Ecuador seeking refuge do not have sufficient access to food. In addition to this, 23.9% of children under the age of five are affected by chronic malnutrition or inadequate nutrition over long periods of time. Malnutrition in children leads to stunted growth, and a “wasted” or extremely thin, underweight body. Even Ecuadorian citizens who have consistent access to food are at risk of these concerns. This overlap is caused by a lack of proper nutrition awareness and limited access to nutritious food.

Ecuador is prone to natural disasters (the most recent — a devastating earthquake in 2016 which resulted in three percent of the GDP spent on reconstruction), soil and environmental deterioration, and climate change all have a negative impact on agriculture in Ecuador, and make the sustainability of food systems troublesome.

Those who are most vulnerable must be helped first, as they are encountering serious health risks every single day. The poverty line in rural areas is at 38%, almost double the national average. These people need access to nutritional food immediately. New mothers in troubled areas must be given information and assistance on what their children need in their early years to prevent this chronic malnourishment. Then, the government can be given support, advisement, and the resources necessary to ensure that hunger in Ecuador is no longer an issue in the future.