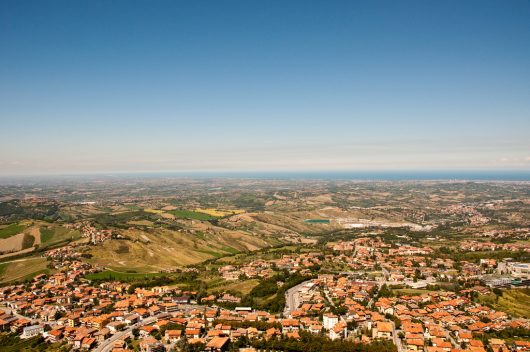 San Marino, which is said to be the world’s oldest republic, is a tiny country landlocked by Italy. At only 23.6 square miles, San Marino is the fifth smallest country in the world, only larger than Vatican City, Monaco, Nauru and Tuvalu. It is also one of the richest countries in the world, with an estimated 2016 GDP per capita of $59,500. Despite its wealthy status, the 2008 recession, from which the country is still recovering, has significantly increased poverty in San Marino.

After the recession, San Marino’s strong economy took a downward turn. Unemployment – which had been at its lowest in 2007 at three percent – jumped to 4.5 percent by 2009 and reached its peak of 9.2 percent in 2015. While poverty is not a major issue in San Marino compared to many other countries, the recession certainly caused a notable increase.

Although the recession caused an increase in poverty, the government of San Marino has been working to curb the effects of the recession by eliminating its status as a tax haven. As other countries have bounced back from the recession, demand for goods from San Marino has increased as well. Hopefully, as more countries start recovering, this will also help San Marino’s economy recover so that progress can be made regarding its poverty rate.

A Look at Human Rights in St. Kitts and NevisHow to Help People in Guyana
Scroll to top