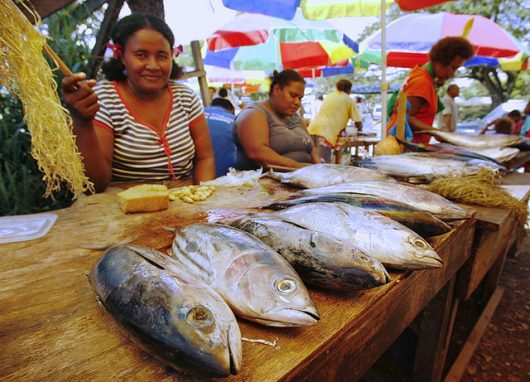 In 1568, Spanish explorer Álvaro de Mendaña became the first European to visit the 992-island archipelago known today as the Solomon Islands. He named the islands after the wealthy and wise biblical king of Israel, inspired, as legend goes, by a belief that their cerulean seas and white-sand shores guarded untold riches. That assumption was largely mistaken, as seen in the poverty rate in the Solomon Islands today.

Exploring the Poverty Rate in the Solomon Islands

Although modern tourism has added to the Islands’ economic portfolio, these profits are still few and far between and unevenly distributed. The vast majority of wealth is concentrated in the capital city, Honiara, in which 85 percent of the population is in the Islands’ highest wealth quintile.

Technological developments and investment continue to play a vital role in reducing poverty in the Solomon Islands. In April 2017, the World Bank reported that the Green Climate Fund has approved $86 million toward the Tina River Hydropower Project, an effort to reduce reliance on imported fuel for electricity generation. This investment accompanies the $15 million provided by the International Renewable Energy Agency/Abu Dhabi Fund for Development (IRENA/ADFD).

The Solomon Islands’ electricity retail tariffs are currently among the highest in the world, at $0.65 per kilowatt-hour. Given that the Islands generate 97 percent of their electricity from diesel fuel and only 12 percent of homes are currently connected to grid power, this project stands to reduce the burden on working families and illuminate the islands like never before.

And, with electricity, the Islands should see an economic boost. The Asian Development Bank notes that tourism is a largely untapped market with great potential for development. Cheaper and more abundant energy is good for more than just powering residential areas: it can also lay groundwork for the sort of 24-hour “City of Light” that modern tourism creates and feeds on. With a stronger, cheaper energy grid in place, private investment will follow.

New technology and investments like these, guided by sound and prescient public policy, will be crucial to reducing the poverty rate in the Solomon Islands and materializing those mythical riches dreamed of since the days of de Mendaña.