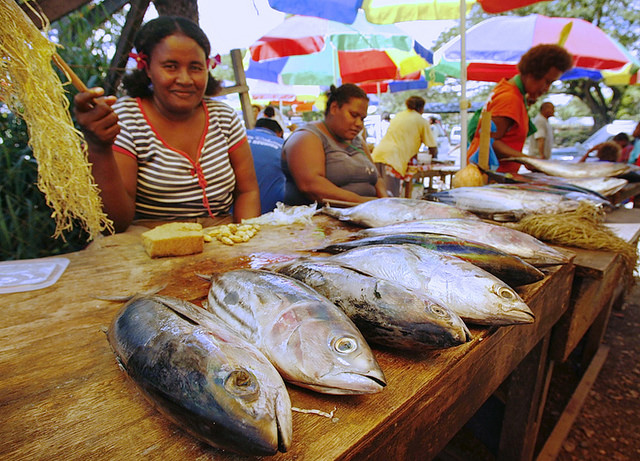 Between 1998 and 2003, the Soloman Islands experienced civil unrest. In September 1998, an armed group, the Guadalcanal Indigenous Revolutionary Army, attacked Malaitan inhabitants’ villages in the Guadalcanal Province. As a result, the governor-general of the Solomon Islands declared a state of emergency, implementing martial law.

Following the attack, Malaitan villagers fled to another island, Malaita. The violence stemmed from decades of economic inequality, with the Malaitan settlers being perceived as much more wealthy compared to the local populations.

Income disparity and power caused tensions between islanders to boil over. Income disparity continues to be an issue for the Solomon Islands, particularly with regards to its urban and rural populations.

The location of the country is a heavy contributor to causes of poverty in the Solomon Islands. Physical isolation from the main international markets means that the country has to spend much more in developing personal relationships with well-recognized markets located in North America, Europe and Asia.

The country’s economy is dominated by agricultural industries. These industries are logging, fisheries, copra, palm oil and cocoa. Copra is the dried meat from a coconut, created after oil has been extracted.

Logging alone accounted for 25 percent of economic growth in 2007. While these industries have consisted over 95 percent of all exports as of 2007, the current youth struggle to reconfigure their agricultural upbringing with an economy that strives to integrate into a global economy.

In 2012, approximately 79 percent of the Solomon Islands’ population remained rural. As a result, this segment of the population was largely dependent on semi-subsistence agriculture, fisheries and forestry. The rural population also used other small-scale, informal streams of revenue from within the local communities.

Lack of Employment for Youth

As of 2016, 46 percent of the youth in the Solomon Islands are unemployed. These youth contend with increasing violence and a poor educational infrastructure. Without access to technological or telecommunication skills, youth are disadvantaged in trying to find employment on a global level. Instead, youth may be forced to take up traditional, agricultural-based jobs.

While these jobs may provide for youth in the short-term, it results in long-term dissatisfaction. The isolated location of the country means that youth must either find work in the country or leave the country altogether.

The causes of poverty in the Solomon Islands would benefit from targeted policies that aim to increase the educational infrastructure and career options for youth.

The Solomon Islands are already working towards improving its infrastructure. The National Adaptation Programme of Action (NAPA) has analyzed some of the environmental causes of poverty in the Solomon Islands. It plans to rehabilitate coastal zones, helping to prevent erosion and other dramatic and negative climate changes.

By preserving the environment of the Solomon Islands, NAPA hopes to improve a variety of livelihoods for the local population and lay the foundation for long-term sustainable development.

Hunger in Namibia: Fighting Aftereffects of ApartheidAddressing Hunger in Taiwan and the World
Scroll to top