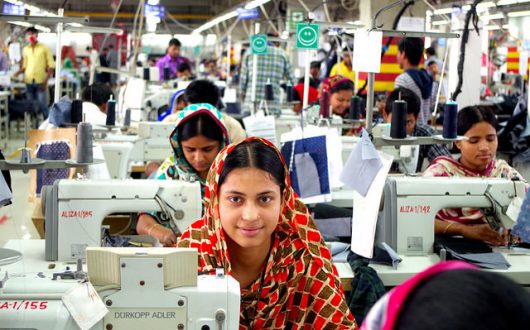 Eradicating world poverty is a noble goal. Obtaining zero poverty levels by 2030 is one on the United Nation’s Sustainable Development Goals, and there are many indicators that the target could be within reach. Poverty is declining in most parts of the world, but in some countries, poverty reduction is not keeping up with the global pace.

The overall trend is positive. In 1820, when only 1.1 billion people populated the planet, one billion of these people lived in poverty. As recently as 1981, 41 percent of the world’s population was extremely poor or living on $1.90 per day. By 2013, the percentage was down to 10.7 percent.

The economic growth of China and Asia has had a significant impact on global poverty decreasing. China began economic reform in the late 1970s and grew at 10 percent a year until 2010. This translated to 800 million people moving out of poverty, and those that benefitted lived in the city and rural sections of the country. The peasants were able to improve their living conditions by making their small farms highly productive.

In Bangladesh, poorly educated women found work in the textile factories and pulled themselves out of poverty. Economic growth is one factor that influences why poverty is declining. International aid through such organizations as USAID invests in water quality, medicine, schools and infrastructure that improve the quality of life for those trying to increase their standard of living. And global trade has improved living conditions for people in some of the poorest countries.

Sub-Saharan Africa is moving in a positive direction, but there is a caveat. Its poverty rate in 2013 was 41 percent, which dropped from 54 percent in 1990. However, its population is growing at a very fast pace of about 2.5 percent a year, making the total number of Africans living in absolute poverty higher. In fact, more than half the world’s extremely poor now live in sub-Saharan Africa.

Poverty reduction has moved at a fast pace over the last quarter of a century. When the members of the United Nations agreed to cut poverty by 50 percent from 1990 to 2015, they reached their goal five years early. New goals were set to reduce poverty to three percent by 2030. Poverty is declining, but the issue may move from a global problem to one focused on certain parts of the world. Sub-Saharan Africa, for example, will have to focus on how to balance its population growth with poverty reduction.