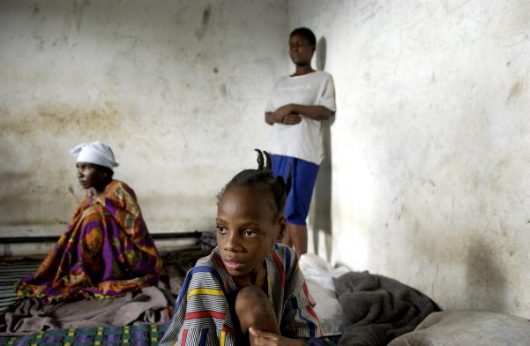 On March 14, 2017, on behalf of the European Union, the launch of a three-year “Land Rights for Liberia” project has brought new hope for the final passing of the Lands Rights Act. This would secure ownership of land to the community, as well as increase human rights in Liberia.

The Land Rights Act (LRA) is currently under review and debate in the National Legislature. However, the European Union, through the Sustainable Development Institute (SDI), Catholic Agency for Overseas Development (CAFOD) and Welthungerhilfe (WHH), is pressing for the adoption of the Act before it goes on recess by August 30.

According to the World Bank, 1.6 million hectares of Liberian land (the equivalent of 2 million football fields) has been sold or leased to commercial investors. These investors are interested in the land mostly for palm oil plantations, mines and timber concessions.

Consequently, this leaves more than two-thirds of Liberia’s land under customary tenure, with little or no consultation with those directly affected. Hundreds of thousands of people in Liberia have died through civil wars and violence caused by land disputes.

Although the president of Liberia, Ellen Johnson Sirleaf, has supported the act, the government has continued to grant concession of the land to various investors. Ali Kaba, of the Sustainable Development Institute, stated, “Land grabs in Liberia have effectively turned citizens into refugees in their own country…We cannot continue on in a state where people’s homes and farms can be sold out from under them without their knowledge or consent, and where those who resist face violence.”

Despite the disputes of the past, the launch of the “Land Rights for Liberia” project promotes newfound momentum in order to get the act passed and secure further human rights in Liberia, especially for those living in rural communities.

The act would legally recognize those rights of the community to Liberia’s “customary land,” and the people would be able to reclaim the land they have lived and worked on for generations.

The passing of the Land Rights Act would also improve human rights in Liberia. It would reduce discrimination against women and other vulnerable groups who were unable to own land.

As Amina Bello, the Project Manager of CAFOD said, “The passage of Liberia’s land rights Act will increase women’s decision making power and improve family livelihoods…such women empowerment will further contribute to the eradication of poverty.”

With the passage of the Land Rights Act, farmers will be able to focus on sustainable food as well as nutrition security. As a result, food production will increase and can better support the growing Liberian population.

The”Land Rights for Liberia” project has placed added pressure on the passage of the Land Rights Act, which is necessary in order to secure various improvements for human rights in Liberia. It will rightfully return the land to the people.