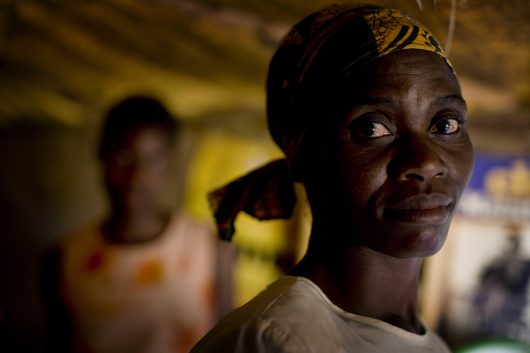 The Republic of Zimbabwe, a landlocked nation in southern Africa, was once known as one of the best in health and education on the continent.

However, between 1990 and 2003 the political and economic climate began to decline, causing the rates of poverty in Zimbabwe to more than double from 25 percent to 63 percent.

While urban areas of Zimbabwe face the threat of unemployment, it is rural Zimbabweans that feel the presence of poverty and food scarcity the most acutely. More specifically it is Zimbabwe’s rural farmers that need reinforcement to start back on the path towards development.

In some areas rates of poverty in Zimbabwe have grown to exceed 90 percent. These include Lupane, Gokwe South and Mudzi. The cause of this can be traced back to the many problems plaguing the agricultural industry.

Food shortages are an on-going threat for both rural and urban populations. Even those with access to food are not always able to afford it; around 96 percent of those living in rural farming areas are forced to get by on less than one dollar per day.

Agriculture in Zimbabwe is most easily explained by dividing it into the two main subsets of large-scale production and smaller local farms. Large-scale farms produce many cash crops such as tobacco and grain, which at one point were being harvested in enough excess to export around the world. The more scattered, rural farms grow mostly maize, as it is an important crop to feed people in towns and villages across the country.

Government sanctioned land reform jeopardized the employment of more than 400,000 people in these rural farming areas, affecting the economy by preventing new investment and in turn discouraging budding enterprises from flourishing.

Scorching temperatures in an area already prone to drought has made a difficult situation even more of a challenge for the farmers of Zimbabwe.

With such an amalgam of obstacles for rural farmers, it is estimated that almost 20 percent of the population has fled the country since the 1990s. Many others are afflicted with HIV/AIDs and unable to work, further contributing to the slowed production of food.

UNICEF estimates that one-third of Zimbabwe’s children suffer from malnutrition as a direct result of these issues. Many organizations and relief groups have come together to impact the lives of Zimbabweans. Most notably, the United Nations and World Food Program were at one point feeding over half of the country.

While the risk of recessing further is always a possibility, aid such as this provides Zimbabweans the opportunity to put effort into other aspects of life besides basic survival.

A group called TechnoServe put together Agro Initiative Zimbabwe in 2011 with funding from the Department of International Development. This initiative provides innovative solutions for the agricultural industry impacting 40 businesses and 54,000 smallholder farms.

This program and efforts like it have the potential to get Zimbabwe on a brighter path so long as it receives the necessary support. Donations and volunteers matter at all levels, from home and overseas in order to keep lawmakers and leaders focused on what is important.

The cycle of poverty in Zimbabwe can be reversed and Zimbabwe has many great organizations on its side as well as hardworking and passionate citizens striving to do what they can for the good of their nation. Sustainable Development Goals (or SDGs) and many other strategic programs are hard at work to make Zimbabwe and the rest of the world a better place.