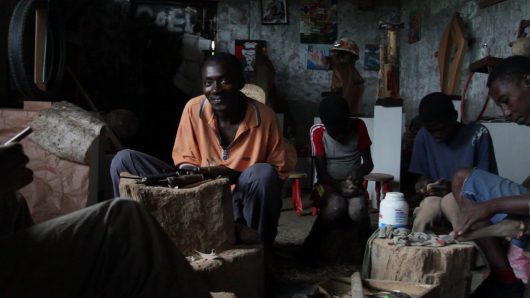 The most recent survey on the causes of poverty in Sao Tome and Principe, an island nation off the western coast of Africa, dates back to 1995. It showed that over 40% of the population was living below the poverty line, and 33% were living in extreme poverty.

Unfortunately, there is little household information about Sao Tome and Principe, but a decline in the nation’s per capita income through 1997 and difficult social conditions led to the increase in poverty since then. Specifically, fluctuations in the world’s cocoa prices triggered such conditions and have caused an influx of migration to urban areas.

In spite of this, its rank of 142 out of 188 in the United Nations’ Development Programme Human Development Index is relatively good compared to other Western African countries. This mostly stems from foreign investment in health and education between 1975 and 1985, but this aid slowed with economic instability in the 1990s.

This country struggles to develop largely due to its low income, which stems from a lack of assets and means of production. Without the ability to export, Sao Tome and Principe struggles to resolve its economic instability. Without tools or proper infrastructure, agriculture as an industry is unable to generate income.

Sao Tome and Principe is still below the average level of HDI rating of .631, but above the average of .523 of sub-Saharan African countries. One area it must work on is its gender inequality rating, as only 30.8% of adult women have received a secondary level of education. Further improvement in some of these areas will help limit some of the causes of poverty in Sao Tome and Principe.

Defecting and Disease: The Health of North Korean RefugeesWhat are the Causes of Poverty in Suriname?
Scroll to top