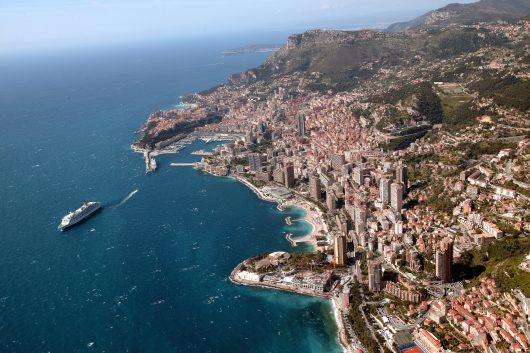 Poverty in Monaco? The nation is a sovereign city-state that lies along the southern border of France with its toes in the French Riviera. It is the second smallest sovereign nation on earth being only slightly larger than the Vatican. The population is only about 38,000 people. With the size being only about 0.78 square miles, it is possible to walk the width of the country within an hour.

Monaco has two major sources of income: tourism and millionaires purchasing properties. As a result, the poverty line has been all but erased, with everyone being above it. According to the World Health Organization (WHO) in 2009, Monaco is “NA [not-applicable]” for statistics on the national population below the poverty line because there are none.

One-third of the population is made up of millionaires. Monaco’s population is only 16% Monegasque in origin while the other 84% are wealthy outsiders. With 47% French nationals, and the other 37% a combination of Italians, Britons, Belgians, Germans and Americans (and recognizing that Monaco is only 38,000 people strong), the imposition of foreigners is unusual.

Monaco does not charge income tax on its residents. This hefty tax break attracts many of the globe’s rich and famous to its shores. According to WealthInsight, one-third of the population of Monaco is made up of millionaires. That means that if 12 people were walking down the streets of Monaco, at least four of them would have platinum cards in their pockets and millions of dollars in their bank accounts.

Monaco began its tradition of no income tax in 1869 after the creation of the Grand Casino de Monte Carlo. In 1858, when the Casino had its grand opening, it “[had] been so successful in bringing in profits that the government decided to stop collecting income taxes from residents,” according to Eric Goldschien in Business Insider Magazine.

Tourism is a big income earner. One of Monaco’s only income-earning industries is tourism and with its beautiful climate and crowd-drawing sites like the Grand Prix and five major casinos, three of which being in Monte Carlo, it is an easy means for capital. In Professor Michael Porter’s paper Monaco’s Tourism Cluster, he states that “Monaco has, for over a century, successfully made tourism…its biggest income earner…”

The many areas of tourism in Monaco include hotels/spas, restaurants/bars, gambling, conferences, sports, tour operators, health/medical and culture/leisure activities. With all of these major tourism sectors hard at work, the income turnover for Monaco totals 100 billion euros, which is roughly equivalent to 105,775,000,000 dollars.

A Monegasque family’s monthly budget averages higher than global comparisons. Paul Nayakazeya in The Financial Gazette compared the average consumer basket of a family in Zimbabwe to that of a family in Monaco.

A family of six in Zimbabwe will spend roughly 561 dollars in one month, while a family of five in Monaco will spend an average of 12,000 dollars.

The government reinvests tourism earnings and other capital gains back into the community to improve the quality of life and to entice the wealthy to continue traveling and buying properties. Even though these improvements are meant to attract foreigners with money, the natives benefit from it as well, effectively creating a virtually nonexistent poverty line within their tiny, proud and sovereign nation.