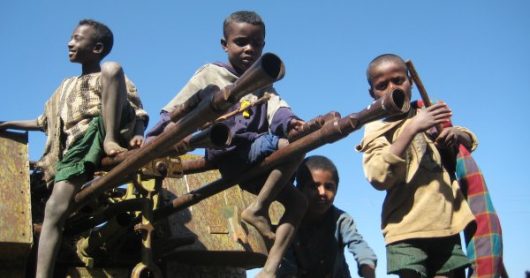 Poverty in Libya is notoriously hard to define. An estimate based on surveys of sub-groups puts about one-third of Libya’s population below the poverty line. However, no specific figure exists.

Libya’s economy is directly dependent on its political stability, as most countries are. The country struggled with a civil war starting in 2014 which impacted Libya’s economy greatly, due to its dependence on oil and gas exports. Armed conflict between rival forces over control of the largest oil terminals in 2015 caused a decline in crude oil production which has yet to recover. In fact, production today is only at one-third of what it was before this political conflict.

While the government of Libya is officially “in transition,” its leaders historically have not used its financial resources to develop the national infrastructure. As a result, poverty in Libya persists in the form of widespread power outages, limited access to clean drinking water, medical services and safe housing, as well as decreased security due to political instability.

An added threat is the presence of extremists associated with the Islamic State of Iraq and the Levant (ISIL), who attack Libyan oilfields, further detracting from future government revenue.

The GDP in Libya is estimated to have declined by 10 percent along with a per capita income of less than $4,500. Inflation runs rampant due to high food prices and the tendency of some citizens to stockpile food.

In order to combat poverty in Libya, organizations like the World Bank have committed to supporting Libya’s economic recovery. As of spring 2016, support includes technical assistance, analytical services and trust fund/grant financing.

The World Bank has created threemedium-termm objectives for promoting economic growth in Libya: increasing accountability and transparency, improving the delivery of services and creating jobs. Hopefully these will be accomplished in the near future by partnering with donor agencies and people from different parts of Libya to make sure the plan for recovery is Libyan-owned.