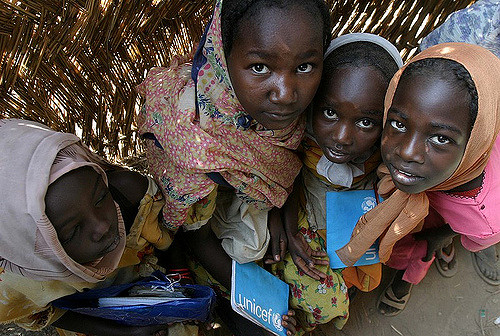 Finding a home, food and an income aren’t the only circumstances refugees must concern themselves with. There is currently an education crisis within the refugee communities worldwide. The UNHCR recently published its new report, Missing Out: Refugee Education Crisis. The report calls attention to the disheartening rates at which refugee children and adolescents are struggling to receive a proper education.

The detailed report reveals statistics like just 1% of refugees attend university, compared to a global average of 34%. This fact alone conveys the message that major work needs to be accomplished to give these children the chance to excel in a life that was supposed to be better than where they were prior to obtaining refugee status.

According to the UNHCR report, 1.75 million refugee children are not in primary school and 1.95 million refugee adolescents are not in secondary school. Although these numbers are alarming the report could not have come at a better time. Sept. 19 marks the date of the Summit for Refugee and Migrants, which means this topic will need to be addressed. Hopefully, education for refugees will no longer take a back seat as a major problem when discussing refugee situations.

With the world watching, the UNHCR has put pressure on world powers and will be asking for support for the international community, humanitarian agencies and private sectors in order to rectify the situation. The report calls attention to how marginalized refugee children are in the academic arena, accessibility to education is too difficult for them.

The UNHCR began the hashtag #WithRefugees in order to remind world leaders that all refugee children need access to formal education. The report also decided to reveal some of the refugees who were able to claw their way out and now are doing everything possible to provide aid on the heels of refugee education. It concluded the report with the story of Nawa, a Somali refugee who initially began any education at 16 in a community learning center in Malaysia. Four years later she is about to begin a foundation course at university while volunteering at her school as a teacher.

This proves that investing in education creates a generation filled with compassionate beings who understand the atrocities of war and displacement, who will do everything to prevent other children from living through that. Addressing the refugee education crisis is of the utmost importance to progress as a global community.

Poverty in Kuwait: Is There or Isn’t There?Montreal Protocol Amendment Implemented in 2016
Scroll to top