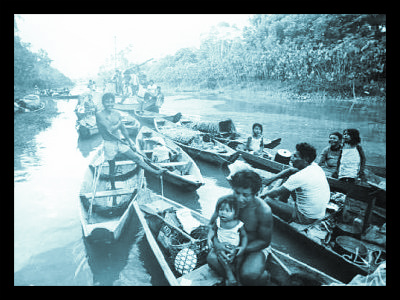 French Guiana is a small country with an estimated population of 270,000. It is located in South America, bordering Brazil and Suriname. It is a territory of France and therefore follows the French legal system. This means that it follows the French Constitution and is ruled by the French government. Officially, it is called a French Overseas Department.

Poverty in French Guiana is an interesting topic because so little is reported and few people are interested. It can be easy to focus on the largest populations in poverty in Africa or India, so much so that smaller countries are forgotten. This should not be the case, as all people deserve the right to escape poverty.

The lack of awareness for poverty in French Guiana is highlighted by the mere fact that statistics and data on this subject are hard to find. Since it is a French territory and technically considered part of France, global statistics from the United Nations or the World Bank are not often given for French Guiana individually. This signifies the relative unimportance of French Guiana among the international community. From the little information there is come these poverty facts from French Guiana:

These facts may seem disjointed and random, but that is exactly how information relating to poverty in French Guiana is presented. There is little to no comprehensive data on this tiny French overseas territory, at least in the English language. Most of the raw data was taken from the French National Institute of Statistics and Economic Studies. The data is only available in French, which makes a global discussion of this issue difficult.

Who is going to care about this small community? With so little international discussion on poverty in French Guiana, it will be difficult to rally people around the cause. Action needs to be taken by the French government to fix the high rates of unemployment, infectious disease endemics, HIV rates and poverty levels. It is the responsibility of the French people to appease their government to do the right thing and help French Guiana out of poverty.