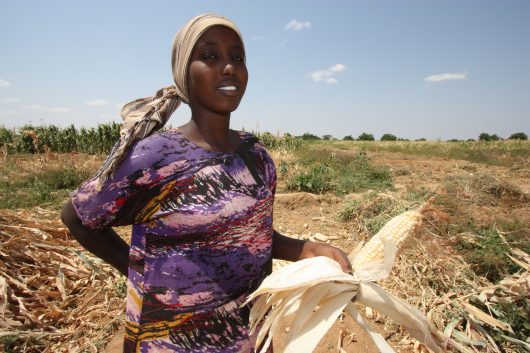 On Oct. 19, USAID announced that it would award an additional $5 million to improve health care in Kenya. Where will that money go, and who will it help?

With a population of nearly 47 million, Kenya has the largest economy in Central and Eastern Africa. Its GDP per capita is $3,200 per year — not luxurious by any measure, but a leg above all its immediate neighbors. Its capital, Nairobi, is a regional hub for business, trade and commerce.

Yet only 5.7 percent of its expenditures are devoted to health care, the area where the funds are perhaps needed the most. The country suffers from high infant and mother mortality rates, a life expectancy of only 64 years, and a 1-in-20 percent chance of contracting AIDS. There are only two physicians per 10,000 people, and they are spread dishearteningly thin as they try to address the continuing HIV epidemic and widespread diseases.

Because Kenya has a better record of democracy and transparency than many developing African nations, and because the U.S. considers it, “an important developing country partner in east Africa,” it has become a significant target of U.S. foreign aid.

The State Department says that its objectives in Kenya are to “(1) strengthen democratic institutions; (2) spur economic growth, trade and investment; (3) advance peace and security and (4) promote opportunity and development.” In 2014, Kenya received $2.7 billion from the international community to help build infrastructure and encourage peaceful development.

Five million dollars may sound like a drop in the bucket compared to that sum, but these directly targeted funds will serve an important purpose. The funds will expand the work of an organization called Living Goods, which focuses on encouraging entrepreneurship in the health industry: it trains women in basic health procedures and recruits them to become small business owners. These women leverage their rich social networks to sell affordable, high-quality, life-saving products — such as simple treatments for common diseases — to families who would otherwise go without care.

When you live in developing countries like Kenya, even health care offered free by the government can come with a price. Sometimes it’s the literal price of commuting to the clinic; other times it’s the price of risk, the chance, in places as high as 50 percent, that the hospital will be out of the medicine your child needs.

Living Goods seeks to extend medical care to every community using a model that is both impactful and sustainable, and by doing so increase access to the most basic health supplies and expertise.

The $5 million from USAID is funded by the Development Innovation Ventures program, and it will help expand Living Goods’ community health care in Kenya. A recent independent study showed that the program had managed to reduce child deaths by 25 percent for less than $2 per person per year. Over the next decade, the organization plans to improve the health and lives of over 50 million people.