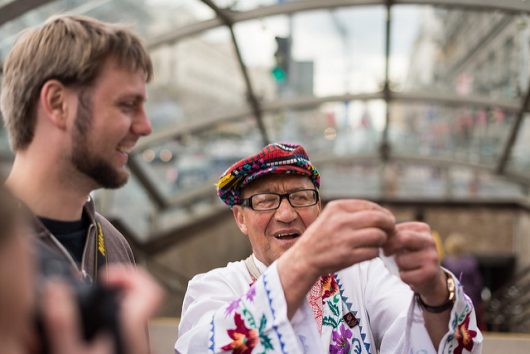 The prevalence of poverty in Belarus has made a significant shift in the past decades, for the better. The number of people living in poverty dropped from 60 percent in 2000 to less than 1 percent in 2013. This dramatic change was largely due to an economic boom in Belarus. Fast forward a few years later to a period of less economic growth and one in which poverty is a problem once more. The following is a look at the progress made in addressing poverty in Belarus once more.

Great economic growth has allowed Belarus to preserve high levels of employment and good wages for workers. A recent recession, however, has contributed to rates of poverty climbing once again. The economies of the Vitsiebsk region declined by 3.2 percent during the first half of 2017 and the Mahiliou region’s declined by 2.6 percent. In 2014, the average Belarus citizen made $7,500 annually but now the average Belarusan makes $4,000.

According to the World Bank, there are four major factors that contribute to poverty:

In Belarus, unemployment is the most prevalent factor that affects poverty. Many complain that Belarus does not have an adequate social protection program for the unemployed. Additionally, the World Bank deduced in 2012 that the reported employment rate in Belarus, 0.5 percent, was actually seven times higher. Many Belarusians opt to not register as unemployed precisely because of the lack of government benefits. It is due to this that the World Bank reported the unemployment numbers as so skewed.

In the winter of 2017, around 20,000 Belarusians gathered to march against their government’s tax on the unemployed. The law required people who work less than 183 days out of the year to pay the government $250 each year. Thanks to the protests, however, the Belarusian government opted not to require citizens to pay that year. Unemployment is clearly still contributing to poverty levels, as can be seen from the number of people who protested the unemployment tax. Those living below the poverty line were not being provided for by their government.

Thankfully, the unemployment tax was officially canceled in January of this year. Belarusian President Alyaksandr Lukashenka canceled the tax, announcing that instead, unemployed citizens will have to pay in full for government services and they will not receive subsidies.

A Focus on the Positive

Belarus would benefit substantially from alleviating the issue of poverty in the nation. With poverty comes a higher rate of disease and a perpetual cycle that locks families into low-income statuses for generations. Although poverty in Belarus has ameliorated significantly, the country is not entirely out of the dark. The good news, however, is that conditions in Belarus are significantly better than the 1990s when poverty levels were much higher.

The amount of people living in poverty in Belarus is now 10 times less than it was in the 1990s. The country has come a long way but must continue to do everything in its power to keep poverty levels low. The government is a powerful tool in this fight, and they have the ability to create instant change such as amending laws surrounding the benefits unemployed people receive.

With a lack of government assistance, those unemployed in Belarus will have no ability to mobilize themselves out of poverty. An amendment to the program provided for the unemployed in Belarus could considerably contribute to progress against poverty. This is just one of many steps to be taken that would positively influence poverty rates in Belarus.

Health Education in Myanmar Women’s Rights in the Philippines: A March for Equality
Scroll to top