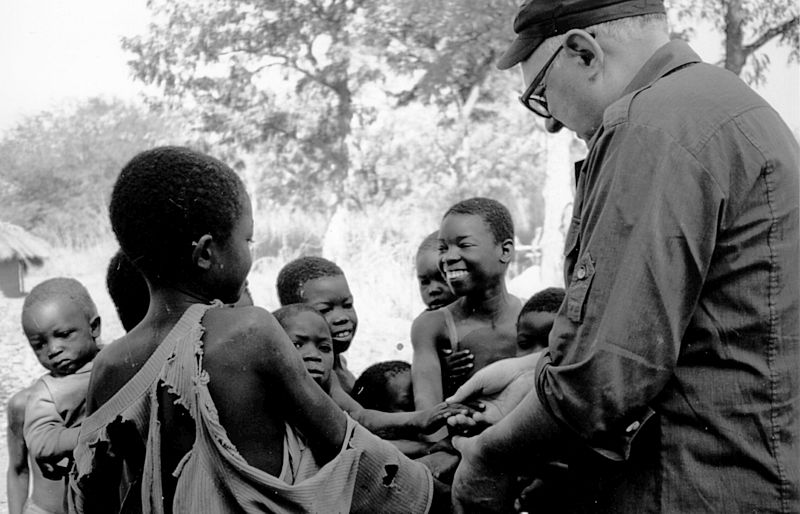 Nearly 9 million people in France, about 14% of the population, live under the poverty line, defined as 60% of the median income. However, the large total number does not necessarily mean destitution. Under the same criterion, the poverty rate in France is lower than that in many other developed countries. Moreover, France has long been active in reducing poverty at national, European and global levels, and many other countries have drawn lessons from various exemplary innovations in poverty eradication in France.

France and the UN

From then on, every year, France presented a resolution on extreme poverty to the HRC. In 2012, France presented a resolution together with 39 other countries and had it adopted as The Guiding Principles on Extreme Poverty and Human Rights. The document sets out the principles that form the basis for all poverty reduction and eradication policies, such as rights of the child, equality between men and women, transparency and access to information, etc.

Over decades of international solidarity policies, the number of people in extreme poverty around the world has successfully dropped by more than half since 1990. In 2015, the U.N. set the global Sustainable Development Goals (SDG) of 2030, including eradicating extreme poverty and hunger in every corner of the globe. Following this universal call, France’s main aim is to adopt national and international policies to remedy current situations of extreme poverty and inequality.

In September 2018, French President Emmanuel Macron — though people sometimes criticize him as a “president of the rich” — announced an €8 billion national anti-poverty plan. The new plan focused on helping the young from poor families and dealing with unemployment and introduced various innovations in poverty eradication in France. Macron announced compulsory school or vocational training for all until the age of 18 and free breakfast at primary school for the poorest students as well as subsidized school lunches for €1 each. He also granted funding to open new daycare centers and other extra crèche places in the most deprived regions in France, in order to help new mothers return to work. The government promised to reform the social benefits system and to extend completely free healthcare to several million more people.

By the beginning of 2020, the French government had allocated €1.9 million to the Red Cross and other welfare organizations in Mayotte, one of the poorest of all the 101 French départements.

A French priest, Joseph Wresinski, founded the ATD Fourth World organization in France in 1957, aiming toward the eradication of global poverty. Fifteen years later, the organization established the Fourth World People’s University that provides people living in poverty with opportunities to participate in political and public life as well as in the production of first-hand knowledge of fighting against poverty. In regular meetings and dialogues, people in extreme poverty share opinions and experience with others who work in solidarity with them, and they together work for a more inclusive world. Since then, having their voice heard, people have benefited from People’s Universities in eight regions throughout France and in a dozen other countries.

In 2019, some 100 participants of the European Fourth World People’s Unversity gathered at the European Parliament in Brussels and met with European deputies and various European institutions. They delivered the messages from the poor and discussed how the E.U. can address poverty, by stressing the impact of family-related policies on people living in poverty and working on indicators of poverty.

International Day for the Eradication of Poverty (IDEP)

On October 17, 1987, Wresinski gathered 100,000 people on the Human Rights and Liberties Plaza in Paris and launched the first commemoration to the victims of poverty and hunger. In 1992, in memory of the death of the humanist priest, the United Nations instituted the date of October 17 as the official annual International Day for the Eradication of Poverty, to help the people living in extreme poverty fight actively and to make their voices heard. For the IDEP of 2018, France and Burkina Faso organized a conference at the U.N. in New York, delivering speeches from ambassadors, activists as well as people living in extreme poverty, to advocate the U.N. goal of eradicating extreme poverty for everyone, everywhere.

Throughout the years, the world has witnessed many regional anti-poverty movements and innovations in poverty eradication in France become international. It is time for other affluent countries to learn the experience and take up more global responsibilities to reach the 2030 goal of the eradication of extreme poverty.