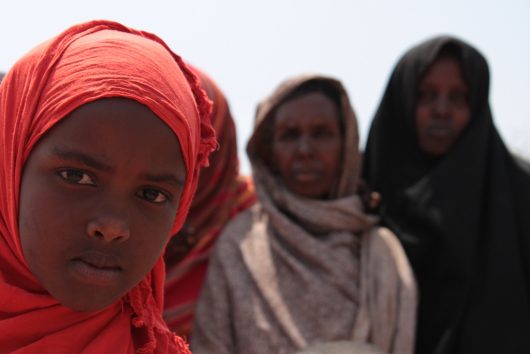 Addressing issues that concern poverty and the environment are not mutually exclusive, since they both are pervasive human issues with distinctive causes and any number of solutions. Here are just a few ways helping the world’s poor helps our environment.

Better solid waste management reduces air and water pollution caused by open burning and chemical seepage. Open burning in backyards or public spaces is a common method of waste disposal, particularly in developing nations. This is due to a lack of efficient disposal infrastructure. Open burning releases copious amounts of carbon monoxide and dioxide, carcinogens and other air pollutants detrimental to human and environmental health.

Improved sanitation decreases chemical and waste runoff, reduces the risk of disease and creates a better environment for people, plants and animals.

Adequate sanitation is essential to human health, but approximately 2.5 billion people still lack access to it. This is a problem because human waste often leaches into surrounding groundwater when it is not disposed of properly or latrine pits are unlined. Also, if the latrine is lined, when it is emptied, it remains common practice to simply dump its contents into the nearest body of water, or onto the ground. This poses great health risks in terms of disease epidemics, bacterial infection and water pollution.

Water purification helps alleviate water pollution and decrease the risk of bacteria harmful to the habitat and the people who inhabit it.

Nearly 85 percent of the world’s population lives in the driest parts of the planet and 783 million people lack access to a clean water source. Due to inadequate sanitation and practices like open burning, there is a far greater risk to the poorest, most rural segments of the population living in developing nations when it comes to disease outbreak and water contamination. However, water pollution does not just hurt people, it also hurts the plants and animals that draw their source of life from the same body of water. Water purification would decrease the risks to human and environmental health posed by chemical runoff, waste seepage and acid rain.

Education spreads awareness that would help reduce the frequency of harmful practices such as open burning, slash-and-burn agriculture or overfishing.

Slash-and-burn agriculture is a common method of food production in which a patch of land is cleared of its forestation, after which the remaining vegetation is burned. This is an agricultural practice that accelerates deforestation. Meanwhile, overfishing hurts future fish populations making it harder to secure food in the future and damaging the marine ecosystem from which the fish came. Education is a simple method to help alleviate the problems that are posed by poverty and the environment by promoting conscientiousness and discouraging unsustainable practices such as these.

Caring about people entails caring about the environment in which they live. Helping one helps the other. Currently, many developing nations are forced to resort to practices that hurt the environment out of sheer necessity or lack of knowledge concerning their effects. Therefore, efforts to reduce problems surrounding poverty and the environment act cyclically to benefit each other.