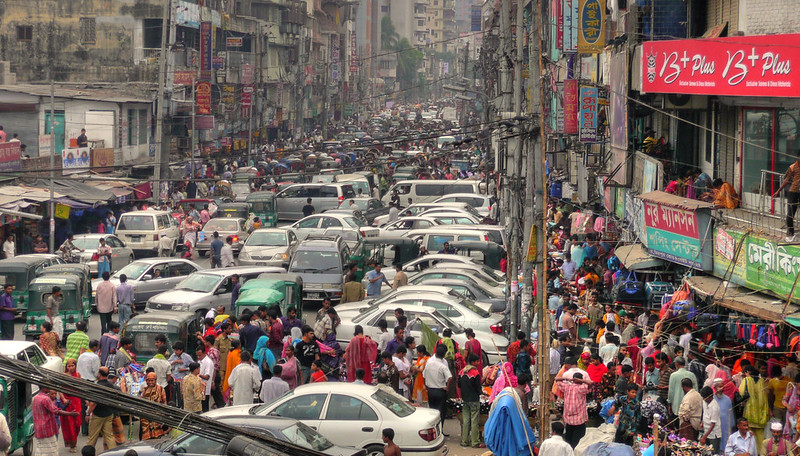 Pollution impacts people’s air, water and food worldwide. In general, pollution affects impoverished individuals the most. Many individuals in developing countries already struggle to find clean water, edible food and good healthcare. Unfortunately,  pollution only exacerbates these pre-existing issues. The city of Nairobi, Kenya is a prime example of this. Its largest garbage dump surrounds and pollutes churches, schools, shops and places of business. As such, poverty and pollution are closely related. Eliminating pollution may be able to help eradicate global poverty.

Runoff from factories, farms and towns has made drinking water sources dangerous because of contamination. In some places, the effects of pollution also decrease the crop yield and increase food prices, as runoff also contaminates farm land. Additionally, imported food products are often tainted with bacteria, thus making these food products dangerous for consumption. These circumstances could increase the number of people suffering from malnutrition, especially in developing countries. Poverty and pollution are therefore connected through causation: high food prices and food insecurity can both contribute to poverty. Indeed, pollution could contribute to the number of people living in global poverty increasing by 100,000 million.

There are currently 815 million people around the world suffering from chronic undernourishment. Importantly, one of the main causes of malnourishment and undernourishment is contaminated food. India, for example, lost an estimated 24 million tons of wheat in one year due to an airborne pollutant. More recently, India may also lose 50% of its rice production because of the same pollutant. On a global scale, studies have found that air pollutants decrease the production of staple crops like wheat, rice, maize and soybeans from 5% to 12%. Experts estimate that this is equivalent to the loss of up to 227 million tons of crops, which equals $20 billion in global revenue lost.

However, food is also becoming contaminated through industrial runoff in the ground. Pollution via industrial run-off affects crops in sub-Saharan Africa, East Asia and South America. In these regions, access to foods that are high in nutrients is low and irrigation runoff is high. Runoff especially impacts Africa, where farmers depend on subsistence farming to feed themselves and their families.

Both of these types of pollution can increase food insecurity and hunger. In these conditions, individuals cannot use their land to grow clean food for themselves and their families. Worldwide, 33% of children who come from middle- to low-income countries already endure chronic malnutrition. This contributes to the fact that 45% of all children’s deaths are due to undernutrition or a related cause. Furthermore, there are at minimum 17 million children worldwide who are acutely malnourished, resulting in the death of two million children each year. Thus, pollution and poverty are related through the issue of hunger, which is fatal for children around the world.

Unfortunately, pollution does not only amplify the issue of hunger, it also contributes to a lack of clean water. Globally, 844 million people do not have regular access to clean water. The vast majority of these people live in extreme poverty. In Uganda alone, there are 28 million people who cannot readily access clean water. These Ugandans must drink water polluted by sewage, mudslide debris and other contaminants.

Due to these conditions, 70% of all diagnosed diseases are directly linked to unclean water and poor sanitation and hygiene methods. These diseases include hepatitis, typhoid, cholera, diarrhea and dysentery. Unfortunately, these diseases kill 3.4 million people each year, 43% of whom are children younger than five. In Uganda, these illnesses force 25% of children to stop attending school each year.

Poverty and pollution are directly related through water pollution. On a global scale, the world loses $18 billion when people are to sick with waterborne illnesses to work. Additionally, the time many people must spend finding water results in missed economic opportunities valued at over $24 billion worldwide.

The Fight Against Pollution

Thankfully, many organizations are addressing these pressing connections between poverty and pollution. The Abdul Latif Jameel Poverty Action Lab (J-PAL), based at M.I.T., received a $25 million gift from King Philanthropies to combat many issues that both poverty and pollution create. It plans to do so by launching the King Climate Action Initiative (K-CAI). The K-CAI focuses explicitly on helping those who live in extreme poverty. Its aims include reducing carbon emissions, reducing pollution, acclimating to the climate change and transitioning toward cleaner energy.

The K-CAI plans to accomplish these goals by creating and evaluating many smaller projects. Once the K-CAI determines which projects are the most impactful, it will implement them in impoverished countries on a large scale. Thus far, J-PAL has focused on improving the production of food, education, policy and healthcare in impoverished countries. K-CAI is using J-PAL’s successes to help determine the most efficient ways to achieve these goals.

The correlation between poverty and pollution is clear and direct. As such, pollution can make the fight to end global poverty more challenging. However, with promising initiatives such as the K-CAI, the global battle against pollution and poverty seem like a much easier feat. Defeating pollution will give the world a much-needed advantage in ending global poverty once and for all.

How an NGO Refocused Amid COVID-19 to Assist the Philippines’ PoorestVaccines in Developing Countries: Challenges and Solutions
Scroll to top