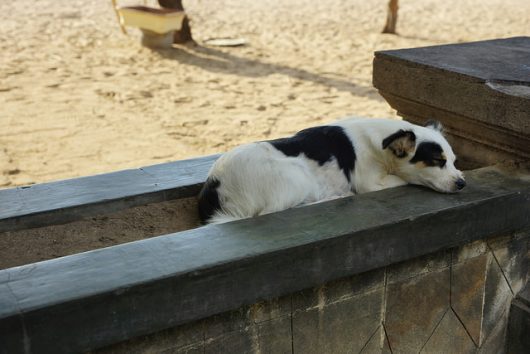 Activism towards global poverty tends to focus on the different aspects of human welfare rather than animal welfare. Yet, many animal rights activists have raised concerns about how developing countries deal with feral dogs living close to human populations. As these animals can both attack and spread diseases to humans, governments must figure out methods to control stray dogs and their population growth in order to protect their citizens. Many of these methods promote cruelty towards dogs and/or have no effect upon them and their population.

Adoption as a Method to Control Stray Dogs

In the United States, shelters control stray dogs by capturing them and allowing families to adopt them into loving homes. It may seem as though this method can transfer to other countries (and many have tried) but cultural differences prevent its effectiveness. The concept of dog ownership differs from country to country. Though some changes have recently occurred, the adoption of street dogs does not often factor into the norm.

While citizens of the United States can adopt dogs from overseas, the process has many dangers. With the failure of quarantine and vaccination procedures, dogs can spread dangerous diseases from overseas. Also, bringing in foreign dogs can deny native dogs the chance for a loving home.

Too many countries promote and carry out the mass-culling of dogs in an attempt to curb the stray dog population. Readers might recall the 2014 scandal in which the city of Sochi poisoned hundreds of dogs in preparation of the Winter Olympics. In places such as India, citizens kill stray dogs every day through cruel methods such as electrocution.

Killing dogs might seem as justifiable as killing any wild animal in self-defense and the defense of others, and perhaps the introduction of more humane methods of euthanasia might solve the ethical conundrum of human welfare versus dog welfare. Yet, even humane euthanasia has very little effect upon the stray population. India has attempted to control stray dogs through culling programs for decades and still has the highest stray dog population of any country.

Furthermore, the ethics of euthanasia tend to recommend using euthanasia as a last resort. While euthanasia can remove a dog from a desperate situation, humans should attempt to intervene in health, environmental and behavioral issues first. Only in the failure of these inventions can the act of euthanasia become justified.

Vaccination and Capture, Neuter and Release programs (some programs combine the two) seem the most effective when dealing with the most common issues of stray dogs. Vaccinating stray dogs against diseases should cause them to not spread diseases to humans. Neutering dogs should cause a decrease in the dog population. The data of such programs backs up these claims.

A 1983 rabies vaccination program led by the World Health Organization (WHO) caused rabies rates to drop 93 percent between 1982 and 2003 in Latin America. Other programs in Tanzania reduced the rabies rate by 93 percent.

As for neutering programs, Jaipur, India decreased the dog density of the state by a third in 1994 and 1995. A program in the island nation of Abaco saw the number of dogs seen in the street reduced by 50-75 percent. The stray dogs in these programs also showed an improvement of health and welfare, having “improved coat luster and quality, improved skin conditions, and fewer parasites and venereal tumors.”

Yet despite the proven success of these programs, they still have limitations for wide-spread reach. Often in developing countries, veterinarians do not have the training or experience in small animal medicine and surgery. Citizens also can have misgivings with wanting to spay their pets or cannot reach the program locations. On top of that, organizations can have difficulty accessing the necessary resources and funds.

Though no method to control stray dogs works perfectly, some do work better both in the ethical and practical sense. In the future, perhaps innovation will make the practical methods more accessible to the places that need them. For now, the efforts made have great success.

Top 5 Facts About Smart Cities in AfricaAddressing a Crisis: Air Pollution in Mongolia
Scroll to top