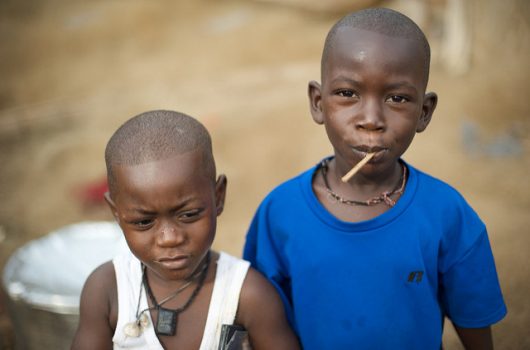 This year, the Bill and Melinda Gates Foundation will start paying off Nigeria’s $76 million debt over the course of the next 20 years. The money was originally borrowed from Japan by Nigeria to fight the polio epidemic in the country.

In 2017, Nigeria had no new cases of polio, which is a significant improvement compared to 2012, when Nigeria accounted for half of all cases worldwide. The Gates Foundation decided to repay the debt on the premise that Nigeria would ramp up its polio vaccination efforts.

The Importance of Polio Eradication

Polio cripples and can potentially kill those who suffer from it. The disease damages spinal nerve cells, causing temporary and sometimes permanent paralysis. Paralysis can sometimes occur within a matter of hours. It is often spread through contaminated food and water. Up to 10 percent of those who become paralyzed die.

Thankfully, there is a vaccine that has contributed to the almost total eradication of polio worldwide. The main problem is getting the vaccine to the children who need it. In order for Nigeria to receive the money from the Gates Foundation, it has to provide vaccine access to at least 80 percent of the country.

The key to eradicating polio in Nigeria is to send health workers across the country to provide the vaccine. Children and families are unable to travel to receive the vaccine, so Nigeria has begun a campaign to bring the vaccine straight to people’s homes, with the support of the Gates Foundation.

Fighting Polio in Nigeria a Priority of the Gates Foundation

Polio in Nigeria was by far the biggest issue in the overall epidemic, which is why Bill and Melinda Gates honed in on the country after announcing that the eradication of polio was their highest priority. In addition to beginning to repay Nigeria’s loan, the Gates Foundation donated $3 billion in 2017 to polio eradication.

The change these donations have made in the epidemic of polio in Nigeria is tangible, since there are currently no known cases in the country. Worldwide, there are only 22 known cases, down from 350,000 cases 30 years ago.

Children today are walking that would have been paralyzed were it not for the generosity of the Gates Foundation and organizations like it. Volunteers on the ground are also the unsung heroes.

On his blog Gates Notes, Bill Gates wrote, “The heroes who have made this progress possible are the millions of vaccinators who have gone door to door to immunize more than 2.5 billion children. Thanks to their work, 16 million people who would have been paralyzed are walking today.” The efforts of these workers should not go unnoticed, as the progress made would not have been possible without people like them.

The progress towards mitigating polio in Nigeria has been phenomenal, with the disease now entirely eradicated from the country. It only takes one child or one traveler for polio to begin to spread again, so it is essential for the countries with a history of the disease to continue their efforts to fight it. Continual vaccinations and immunizations are necessary to maintain the current polio-free Nigeria.