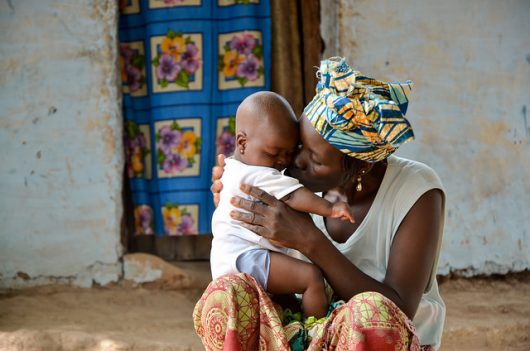 Common diseases in The Gambia all but summarize the maladies that come to mind when one thinks of impoverished African nations. According to the Institute for Health Metrics and Evaluation, several of the diseases that account for the most deaths are communicable – also known as infectious diseases.

Among the top causes of death are both lower respiratory infections and HIV/AIDS. They hold the number one and two spots, respectively, for greatest quantity of lives taken. Also among the common diseases in The Gambia are diarrhoeal diseases, neonatal sepsis and malaria. These diseases are responsible for an even larger percentage of premature deaths in The Gambia. Among the top 10 most common causes of death in the small West African nation, eight out of 10 are communicable diseases, with lower respiratory infections and neonatal sepsis causing the most untimely deaths.

Common diseases in The Gambia were also looked at on a smaller, more grassroots scale in a paper from the US National Library of Medicine. The article explored the deaths caused by disease in the rural town of Farafenni. According to the article, death in the small town was “dominated by communicable diseases.” The study goes on to cite the two most dangerous causes of death as the mosquito-borne malaria and acute respiratory infections (ARI) or lower respiratory infections. As for children under the age of five, diarrhoeal diseases were a major contributor to childhood deaths.

There are also significant scientific advances and programs being funded to combat illness in The Gambia. The National Institute of Allergy and Infectious Diseases (NIAID) lists their largest financial investment in The Gambia as malaria-based studies. In particular, these studies explore severe cases of malaria in children as well as methods that could potentially curb the population of mosquitoes.

One scientific advancement with the ability to take on common diseases in The Gambia is a vaccine being implemented to fight against pneumococcal infections – diseases such as meningitis and pneumonia. The World Health Organization (WHO) estimates that around 1.6 million people die every year from pneumococcal infections, 800,000 of which are children. The trial for this pneumococcal vaccine was the first in over 20 years to show a statistically significant reduction in child mortality.

Another scientific advancement that could help in the fight against diseases in The Gambia comes from the sequenced genome of a mosquito. With this genome sequence, scientists could potentially genetically alter the species responsible for the spread of diseases like the dengue fever and yellow fever to make them incapable of carrying the disease.

With mortality rates from certain communicable diseases already declining as well as these promising scientific developments currently being made, the future of common diseases in The Gambia is looking brighter than ever.