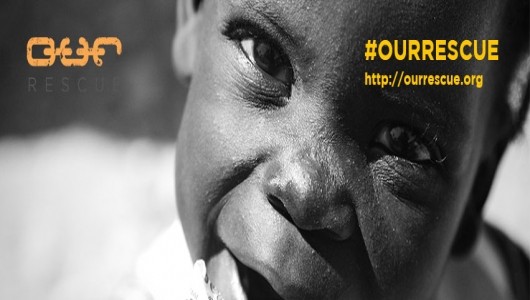 Tim Ballard, a former CIA Agent and Homeland Security operant from Utah, spent over a decade working to disrupt child trafficking both domestically and internationally. His passion for this work led him to form a new organization to combat the issue plaguing the world. Ballard formed the nonprofit organization Operation Underground Railroad (OUR).

OUR uses a network of former military officers, medics, nurses, cops and others to directly free children forced into the sex trade. The organization relies heavily on high-level connections for donations and for cooperation with governments and police forces abroad. Though OUR has faced the common criticisms that follow all raid based programs, Ballard and his team defend the mission, emphasizing that these children are in dire, forced circumstances and freeing them is ideal. Also, OUR uses local government and police agencies to make the actual arrests and then sets up the rescued children with some type of assistance, be it financial or through local programs.

The program has played off of the general publicity that comes with raid and rescue type intervention programs and spun it even further. The team itself is something to behold, with physically fit and mentally sharp experts in their field, they are entrancing to watch. Which is why the organization is on the verge of making a deal for a TV show accompaniment. In fact, a large part of donations come from wealthy individuals who in turn for their donations get direct access to view the raids from afar. The entertainment aspect of the program has been substantial for funding, to say the least.

The program has also gained popularity through its marketing as modern “abolitionists” and the website entices potential donors with the tag line “give a Lincoln, save a slave,” which urges donors to give a monthly five dollar membership due. By using terms that play on 1800s slavery emancipation, the organization further highlights the slavery element of the child sex trafficking world, emphasizing that this is a tremendous injustice.

Despite OUR’s success, the organization’s highly Mormon roots, entertainment element and raid styled approach have worried some experts. The strong religious association may cause further cultural resistance in certain areas and in certain groups, which could halt other efforts working to combat sex trafficking. The entertainment element and how the group is giving back to donors in the form of live raid video access brings up ethical questions. While thus far the approach has worked and brought attention to the problem of child sex trafficking, there is the risk of the organization becoming too entertainment-focused and the actual mission being overclouded. With the potential for a television show, the raids become cinematic and less real-life-nitty-gritty, making the very real problem seem far from home and even fictional.

The classic criticisms of raid style intervention programs persist with the OUR abolitionists. Common concerns are that they are doing little to help the child recover and succeed after freedom. Also, the program needs to address the fact that many members of the sex trade are not directly forced into it but arrive there because of a lack of opportunity and desperation. Also of those that are forced, as the program does try to target children, many children develop drug addictions while working that lead them back into the practice.

OUR is new and seems to have a good amount of leverage with high paying donors and political connections that could provide the means to address the problems or concerns now to develop an unstoppable force against sex traffickers. For now, the program is working on developing software that will flag computers containing child pornographic material, particularly belonging to tourists, in areas where the sex trade is prominent, to come at the problem from that angle also. Further strengthening of the current and new programs that help rescued children recover and stay away from the sex trade is essential in for OUR to make a long-term impact. The entertainment aspect of the program is an interesting new approach that seems to have short-term success but does hold some risk down the line. However the program does deserve credit for its efforts and with continued development, could become a major player in foreign assistance. OUR serves as a prime example of how small-scale efforts can transform into larger operations through raising awareness and how non-governmental and non-profit organizations can oftentimes avoid the restrictions that are unavoidable for their counterparts.