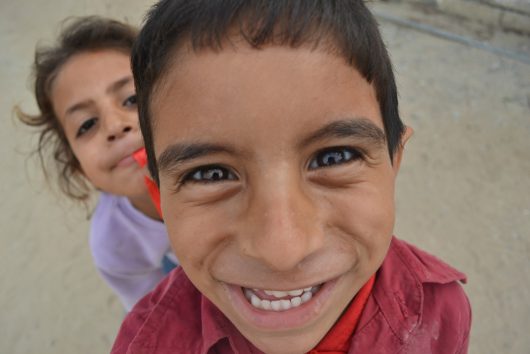 As organizations unite, the fight continues against child labor in Gaza. The ongoing power struggle between the Israeli government and Hamas has led to adverse effects on the 1.8 million population of Gaza, with nearly 80 percent of the population relying on foreign aid. Children have been burdened by the combined effects of child labor and penurious standards of living. As a result, the plight of youth has deteriorated in Gaza.

The situation has especially been exacerbating since the Israeli blockade on the Gaza strip.

An analysis conducted by the International Labor Organization (ILO) highlighted that child labor in Gaza has risen. The Jerusalem Post has additionally reported that a large proportion of the children are below the legal age of 15.

With rising food prices and varying degrees of income disparity, the situation has furthermore declined. The deficiency in the labor market has made it hard for people to find work. As a result, child labor in Gaza continues to be an ongoing issue as young children are forced to work for meager amounts to support their families without insurance.

“I work to help him (my father) earn a living. My brother also works to help him. The situation is not good. We don’t have money to pay to paint our home and not even to buy a ball. We don’t have anything. My salary is not enough,” said Mahmoud Yazji in an interview with the Jerusalem Post.

Neighboring countries have taken on the humanitarian initiative and many organizations strive to help these vulnerable children. Here are just a few of the organizations:

Such efforts are aimed at encouraging the youth and increasing the propensity to remain in school. Increasing literacy rates are also vital to make the youth competitive for the labor market. This is vital because the youth unemployment rate now stands at 60 percent.

Moreover, The El-Wedad Society for Community Rehabilitation is spearheading the push for children’s rights by visiting families and emphasizing the vitality of education through seminars and sessions.

Strengthening the insurance policy and increasing the bargaining power of the youth is also essential to help combat the issue. Businesses who use means of exploitation and child labor should be blacklisted by the U.N. to accentuate the magnitude of the violation.

A possible cessation of hostilities between the Hamas and the Israeli government does not seem likely, especially after the revolts that rocked 2014. However, the widespread impact of such progressive endeavors will take some time to reach the heart of every youth in Gaza.

Efforts to Address Poverty and Hunger in EgyptGravityLight: Energy Access in Developing Countries
Scroll to top