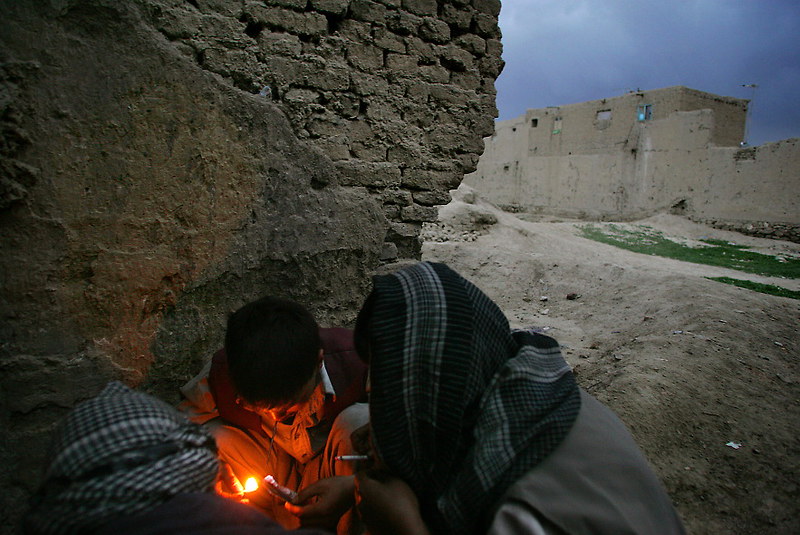 In 2021, Iran is a nation beset by three converging circumstances that threaten to push it and its society to their very breaking points. With the ravenous sanctions and continued threat of COVID-19, poverty and opiate addiction in Iran, it will take nothing less than the world’s best efforts and cooperation to improve matters. At the same time, these efforts will potentially rebuild trust with the country as well.

A Three-Headed Monster in the Era of COVID-19

Poverty, sanctions, and opiate addiction in Iran are thriving with and, in some instances, because of each other. In an interview The Borgen Project held with a spokesperson for the Iranian Embassy to the U.N., they commented that “COVID-19 has spread over all provinces of Iran, leading to about 90,000 death toll so far. It has also been under the most devastating sanctions imposed by the U.S. Therefore, it’s extremely difficult to cope with different challenges, particularly economic ones, posed by both the pandemic and sanctions.”

Further, in regards to how the opioid crisis interacts with those aforementioned issues, this individual told The Borgen Project that “when sanctions have put our economy in trouble, and when we need to address, inter alia, economic problems associated with containing the pandemic, we do not have enough financial resources to fight the drug dealers as hard as before.”

Many of the statistics and information available from outside of Iran seems to confirm this. While sanctions cut off Iran from the international aid community and maximum pressure campaigns only further sour relations and trust between Tehran and the United States, internal resources become even more scarce. Unfortunately, these resources have never been more necessary for Iran in its fight against poverty, pandemic, domestic addiction, drug production and trafficking from neighboring Afghanistan.

According to award-winning author Maziyar Ghiabi, Iran could very well be considered to have “one of the world’s highest rates of drug addiction.” With an estimated two to seven percent of the nation’s population falling into this category, further support can be found for this conclusion in the statistical evidence recorded by many professionals over the years. According to one such 2014 study, about two million people could be considered daily drug users. This amounted to nearly three percent of the entire population. While not all of those two million suffer addiction to opiates in one form or another, eight out of every ten individuals questioned use opium and six out of every ten people potentially use heroin. Since then, usage has only increased, with Iranians using opium three times the global average in 2020.

When one combines this destructive hardship with the COVID-19 pandemic, one would likely be left with the impression that Iran is enduring a supreme domestic crisis. After adding the burdens of sanctions and extreme poverty, the conclusion that Iran needs international empathy, assistance and reconciliation is simply inescapable.

Poverty is a pervasive and increasingly debilitating force in Iran. The aforementioned factors have coalesced to put real, tremendous strain on its government, society and people. According to internal studies, as well as individuals like Faramarz Tofighi, head of the wages committee of the Islamic Labour Council, “More than 60% of Iranians live in relative poverty because the workers’ wages are enough for about a third of their costs of living. Half of those who live below the poverty line struggle with extreme poverty.” That first percentage works out to close to 60 million Iranians, a truly sickening number. Between 2011 and 2019, poverty in Iran nearly doubled.

Relief International is a global non-profit that focuses on aiding the poor in Iran, both citizens and refugees. Particularly at risk are the estimated three million Afghan refugees who crossed the eastern border over the last four decades. By providing cash assistance and rehabilitated facilities for education and economic training, Relief International does its part towards making a better Iran in the midst of historical traumas and issues inflicting the country. The United States Institute of Peace, alongside the Woodrow Wilson Center, has also offered greater insight and knowledge into Iran and its relationship with the United States.

The U.N. also helps where and how it can. It previously sent help in the form of materials and experts to assist Iran during this time of crisis. The millions of dollars pledged by the likes of France, Germany, the United Kingdom and the EU as a collective has also helped in the fight, despite the greater EU and Iran’s squabble over sanctions.

While the United States has the most and best resources to act positively towards Iran, relations between both nations remain estranged and full of mutual distrust. For the United States to play its best global role, it may have to work on reconciling itself with Iran through mutual understanding and empathy for the nation’s people.

A Call to Action

Iran has a rich, sprawling history, going back thousands of years and spanning entire eras of human existence. With just over 85 million souls within its borders, its people are as richly diverse as its environment is. The beautiful capital city of Tehran has seen Shahs, Presidents, Ayatollahs and Prime Ministers throughout its centuries; yet, it has also seen war, trauma, hard times and true hardships. Not least of these hardships are the issues of poverty, COVID-19 sanctions and opiate addiction in Iran. Overcoming these issues will take the cooperation of not only global non-profits, European nations and international collectives, but also the United States.