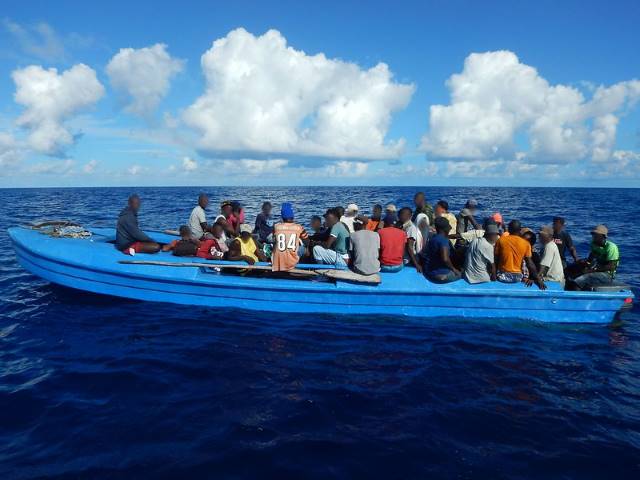 For many Africans, the Mediterranean Sea is a symbol of social, cultural and financial freedom. Those who choose to migrate across it are often fleeing poverty or conflict. For them, traversing the Mediterranean Sea is not a choice but a necessity. The treacherous journey to reach Europe comes with many obstacles. More than 20,000 people fleeing poverty and crisis in Africa have died in the Mediterranean Sea since 2014. The COVID-19 pandemic has only accelerated the rate of Africans leaving in search of better opportunities. Africans from Libya often undertake these endeavors. With an unemployment rate of 18.56% in 2019, Libyans experience one of the highest unemployment rates in the world. For many Libyans, these conditions necessitate the treacherous migrant journey to Europe. Open Arms works to protect the lives of those in danger at sea.

Sailing across the Mediterranean Sea is a dangerous undertaking. For an individual to choose to sail across the Mediterranean Sea, their situation must be dire. Many Africans embark on the journey knowing that they may not make it. Open Arms is a nonprofit organization specializing in rescuing people who are stranded at sea. The organization also works to help these survivors adapt to their new country of refuge.

Open Arms considers the Mediterranean Sea “the largest mass grave on the planet.” Open Arms works to save African migrants that end up adrift at sea. Through donations, the organization can conduct rescue and surveillance activities in the Mediterranean Sea. The funds help pay for a captain, medical staff, the transport and basic needs of volunteer lifeguards, boat maintenance and more. In 2019 alone, the Open Arms vessel managed to rescue more than 324 people at sea.

The Origin Mission is dedicated to solving the problems that cause migration. According to Open Arms, “The best way to save lives is to go to the origin.” The Origin Mission includes training youth within Africa to become community leaders. These leaders spread awareness of the dangers and risks of irregular migration and educate people on alternative solutions. The leaders also spread awareness on opportunities in African countries that may influence some to stay in their home countries. In Senegal, the organization reformed a computer room and installed computers. Roughly 400 students received free courses in computer science and technology in 2020. Promoting development in the countries of origin is seen as a solution to migration.

Through successful programs and celebrity endorsements, Open Arms has become globally recognized. Celebrities all around Spain are staunch supporters of the group, including former Barcelona superstars Xavi Hernandez and Carles Puyol. One of the organization’s biggest supporters is Josep “Pep” Guardiola, the Manchester City Football Club manager. In a post-game interview, Guardiola stated, “The work that Open Arms does is extraordinary in helping to protect some of the most vulnerable people in society.”

Open Arms’ overall message is one of solidarity amid the refugee crisis. With support, the organization is able to protect the lives of migrants at sea and uphold the fundamental rights of people who seek a better life.