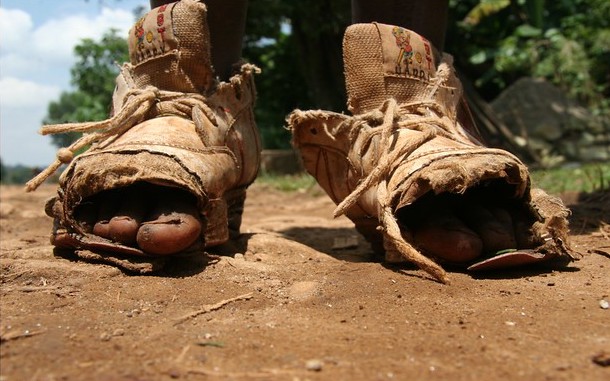 According to Nelson Mandela, overcoming poverty is not a gesture of charity. It is the protection of a fundamental human right, the right to dignity and a decent life. The fight against poverty is not solely related to a person’s income, it also involves things such as access to water, health care, education, housing and security, and it only takes one to make a difference.

Over the past decades, numerous organizations have come together to help tackle global poverty. Through joint efforts, the world poverty rate has fallen dramatically in most areas. However, in African countries, the percentage has essentially remained the same.

The continent of Africa consists of many countries which have their own historical contributions to this issue. Many are skeptical when discussing poverty in Africa because they sense the continent’s political corruption has played a significant role in this devastation.

In the sub-Saharan Africa, over 40 percent of people are living in poverty. Though some African countries are able to sustain their society through oil and other trades, others are simply unable to do so. Most African economies are dependent almost entirely on the proceeds from natural resources and commodes that thrive on the patronage of markets in the developed world.

These economic structures are weak and their survival and sustainability are reliant on foreign support. It is believed in order to be successful in diminishing poverty in Africa, there needs to be a joint effort from different parts of society.

One organization which has taken notice of the continent’s problem and has pledged to take a stance against it is ONE. The ONE campaign was co-founded by Bono and other activists. It was created to help diminish extreme poverty and treatable diseases in Africa. The organization believes the fight against poverty is not just about charity and donations, but that it also is related to social justice and gender equality, echoing the idea that it only takes one to make a difference.

ONE has branches all over the world which include Washington, D.C., New York, London, Johannesburg, Brussels, Berlin and Paris. There are various volunteer opportunities with ONE in which volunteers are able to reach out to governmental officials to ask them to assist them in fighting against “diseases that affect the poor, to expand access to energy and to combat corruption so governments are accountable to their citizens.” Volunteers can also help recruit members by hosting group meetings, planning community events and seminars events.

Over the past decade, the organization has grown and made substantial headway. They have testified before Congress on HIV/AIDS development and poverty. They were also successful in enabling the passage of the Electrify Act, which will help bring electricity to 50 million people in Africa for the first time.

It is essential to remember we are all a part of one race which is the human race and it is commendable that organizations as such can come together for the greater good of humanity. People do not have to wait to be directly affected by an issue before they help with the resolution of it. Just remember you only need ONE to make a difference.