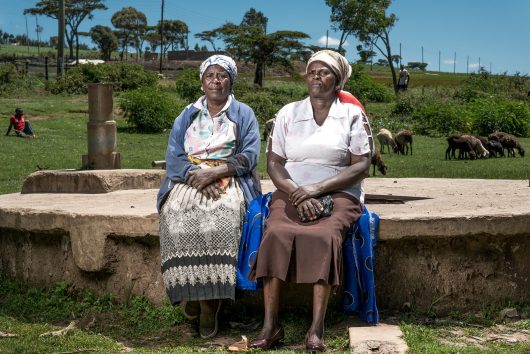 While access to electricity does not yet span the globe, the force of gravity is universal. The GravityLight Foundation has taken advantage of Newtonian physics to create a cost-effective light source that runs on gravity. Simply by lifting a weight and letting it descend, GravityLight can provide light and transform impoverished homes.

In 2015, GravityLight’s inventive engineering earned it the Shell Springboard Award, a grant of nearly $200,000 used to fund innovative businesses with low carbon footprints. Together, Shell and the GravityLight Foundation have successfully put GravityLights into production and introduced them to 50 communities in Kenya.

Kenya, which has one of the largest economies in Sub-Saharan Africa, has expended considerable effort to create an impressive power sector. In just four years, Kenya has increased the amount of households with access to electricity from 25 percent to 46 percent. Kenyan companies such as KenGen are working to utilize renewable energy sources, and geothermal energy looks promising.

A capacity of approximately 2,295 MW is available on Kenya’s power grid. However, off the grid, in remote areas of the country, only 11.5 MW are currently available. The Shell and GravityLight partnership intends to provide electric light to those off-grid regions in Kenya.

Electricity is crucial to improving the lives of the world’s poor. Access to light alone improves education and the economy by allowing people to study and work after daylight hours. However, the resources required to produce light can be extremely expensive, especially for those living in poverty. The world’s poor spend an estimated 30 percent of their income on kerosene needed to burn in lamps. GravityLight eliminates the need for kerosene to produce light, which is not only cheaper but also safer. Kerosene fumes are known carcinogens that are toxic for both humans and the environment.

Because the GravityLight Foundation uses local people and businesses to organize the sale of its product, marketing for GravityLight supplies Kenyans with jobs. By providing employment, GravityLight is bringing bright futures as well as bright homes to off-grid regions in Kenya.

Shell and GravityLight are not the only groups seeking to improve energy accessibility in order to aid impoverished populations in Africa. In 2015, the same year GravityLight won the Springboard grant, the U.S. government passed the Electrify Africa Act. The act aims to provide 60 million households and businesses throughout Africa with electricity.

Around the globe, 1.2 billion people lack access to electricity. If GravityLight’s debut in Kenya is successful, the foundation plans to continue spreading light throughout the world.

Why is Angola Poor?5 Reasons to Donate Money, Not Stuff
Scroll to top