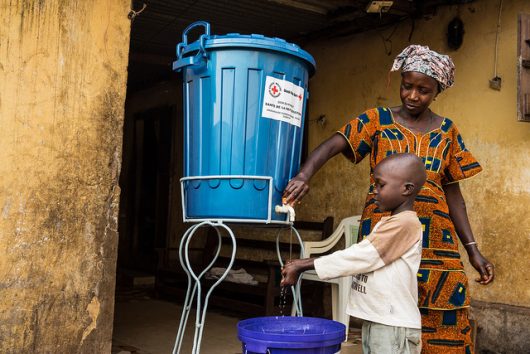 The WHO’s “Ten years in public health 2007-2017” report chronicles the “evolution of global public health” over the past decade. The report emphasizes the escalation of chronic noncommunicable diseases (NCD) as the largest threat to global health.

Chronic NCDs are categorized as diseases that progress slowly. The four main NCDs are cancer, cardiovascular disease, diabetes and chronic respiratory disease, all of which share common risk factors abundant in non-health sectors. NCDs have only recently been recognized as a main component in the impending global health crisis. These chronic diseases share four risk factors: tobacco use, excessive alcohol use, unhealthy diet and minimal physical activity.

In 2015, the World Health Organization (WHO) reported 70 percent of global deaths were due to NCDs (39.5 million out of 56.4 million). Out of the 39.5 million NCD fatalities, 30.7 million occurred in low and middle-income countries.

Health systems traditionally rely on curing individual disease as they arise. However, current health systems are not sustainable due to insufficient disease management and care. Access to disease treatment is becoming unavailable for millions of individuals, including affluent people in wealthy countries.

A study released by the World Economic Forum states that diabetes cost the global economy nearly $500 billion in 2010 and this is projected to increase to $745 billion by 2030. Newly approved cancer treatments average $120,000 per person, causing medical care to be “unaffordable for even the richest countries in the world.”

The WHO report ‘Ten years in public health 2007-2017’ estimates that 40 million people die each year from NDCs, “accounting for 70 percent of all deaths worldwide.” According to Margaret Chan, Director-General at WHO, chronic noncommunicable diseases have surpassed infectious disease as the leading cause of death worldwide.

The WHO’s newly established ‘Health Emergencies Programme’, enables faster response to global pandemics and emergencies. The programme collaborates with various countries and partners to “prepare for, prevent, respond to and recover from all hazards that create health emergencies, including disasters, disease outbreaks and conflicts.” It is also focused on community engagement and increasing disease prevention in public health services.

Chan urges the world to focus on implementing universal health care to reduce noncommunicable diseases. It is the ultimate expression of equality, ensuring no one is left behind.