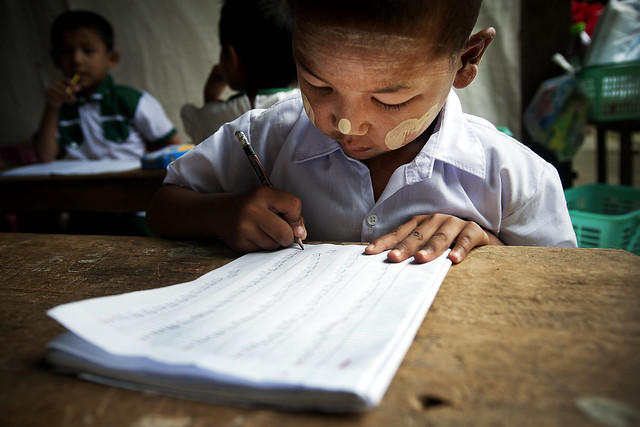 Child literacy is often taken for granted, but around the world, millions are growing up without the ability to read or write. What many do not realize is that literacy has a direct effect on poverty. According to a study conducted by the United Nations Scientific and Cultural Organization, there are links between illiteracy and higher unemployment. The study also found that illiterate adults are more susceptible to illnesses, exploitation, lower pay, and human rights abuses.

The inability to read or write is a self-perpetuating cycle because it traps illiterate communities in poverty without the tools to help themselves out. These conditions make illiterate communities more at risk of violence and conflict. In fact, 40 percent of illiterate children live in countries with active conflicts. The issue prompted the United Nations to launch the International Literacy Decade in 2003, which has taught around 90 million people to read and write. Despite this effort, there are still millions of vulnerable children around the world that need assistance to escape illiteracy and its negative consequences. There are many organizations dedicated to improving child literacy rates and these are just three NGOs working hard to bring education to the world.

There are still 124 million children and adolescents that are not enrolled in school and one in four children in developing countries is illiterate. Tackling child and adult illiteracy is no easy task but it is NGOs like Room to Read, WLF and Pratham that are making big strides in closing the literacy gap. By providing training and resources to the neediest communities, these three NGOs provide disadvantaged children the fundamental tools needed to escape poverty.