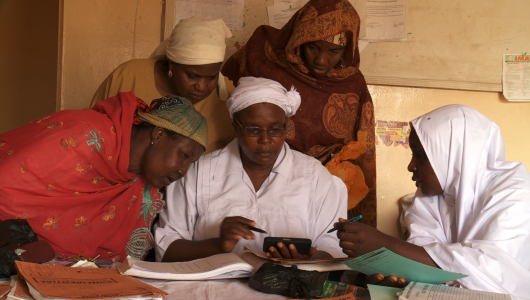 The U.S. Agency for International Development (USAID) unveiled a free and readily accessible resource for mobile devices that have an Internet connection. The training tool, named “ORB,” is the first of its kind.

The launch follows criticism of USAID by a panel comprised of business and development leaders last year. Mainly, the panel cited the agency for management problems, including insufficient coordination, accountability and progress-measuring data collection.

In April, Representative Christopher Smith (R-N.J.) introduced H.R. 1567 in an effort to ensure that Congress is doing all it can to assist USAID in saving impoverished lives around the world. The bill, which was unanimously approved by the House Foreign Affairs Committee, would compel USAID to create clear, measurable and transparent goals.

In addition, the bill calls for an approach that would “improve nutritional outcomes, especially for women and children.” More than 6 million children under 5 years of age die from preventable and treatable causes every year, with more than half of these deaths attributed to malnutrition. For developing countries encountering these issues, global health workers are the primary, and sometimes only, source of healthcare, but they often lack the necessary training and support.

This is where the new USAID training comes in. The tool consists of a library of over 200 resources in 13 different languages that can help train health workers all over the world. The agency is anticipating the library will be able to support up to 100,000 frontline global health workers by 2017 with its easy-to-use, open source content.

The hope is that the new USAID training will improve the quality and reach of previous training efforts, leading to more knowledgeable, confident workers who will then alter the outcome of health matters for the more than 10 million women and children they currently service.