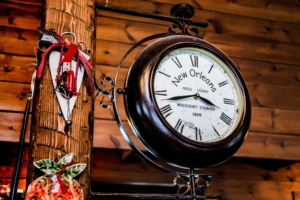 On August 23, 2005, Hurricane Katrina devastated a region known for having a good time, especially on Mardi Gras. Ten years later, experts are looking beyond the beads and glitter, wishing to improve demographic and social discrepancies that were present before Katrina.

Before Katrina hit the Gulf Coast in 2005, concentrated poverty was mostly overlooked with 40 percent of individuals residing in New Orleans living at or below the poverty line.

Out of the people who evacuated in the wake of the category 5 hurricane, a majority of the poor without means of transportation were left to wait out the storm as 80 percent of the city was submerged.

As of 2013, the poverty rate in the city of New Orleans has decreased to 27 percent, but with a drop in the city’s overall population since before Katrina, this number remains unchanged.

Since Katrina, $71 billion in federal funds has improved both levees and created an improved disaster management plan to help improve the city and learn from the mistakes for future natural disasters.

Now, the city’s focus is to continue improving and finding different solutions to make the city great once again. This starts with educating the children.

Before Katrina hit, New Orleans had one of the worst school systems in the country.

Due to a majority of public schools being converted into charter schools after Katrina, New Orleans outperforms the rest of the state in terms of high school graduation rate, rising from 54 percent in 2004 to 73 percent in 2014.