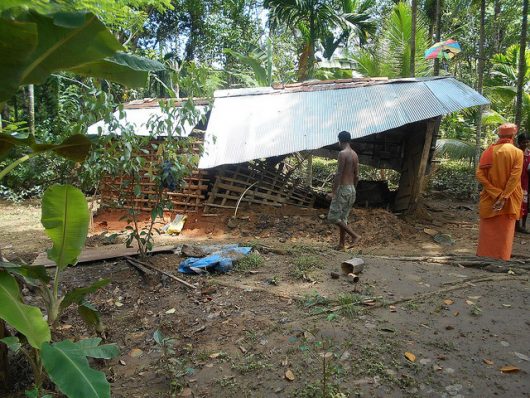 As a country that endures two monsoon seasons and is surrounded by several bodies of water, Sri Lanka is particularly vulnerable to floods. The country’s floods do not just damage physical property, but also pose a threat to Sri Lankans’ health. Most of the common diseases in Sri Lanka are so due to the danger the floods pose.

The floods that affect Sri Lanka leave the nation’s people with damaged homes and an excess of unsanitary water. With the contaminated floodwater lingering around, more mosquitoes are likely to come, thus increasing the risk of dengue fever. Due to severe flooding that occurred this past May, affecting more than 600,000 people, many are now concerned that dengue cases will increase.

Based on statistics, they have a valid reason to worry. In the past seven months alone, there were already 80,732 dengue fever cases reported in the nation. This number tremendously exceeds the number of cases the country had seen from 2000-2016. While there are four different types of dengue fever, DENV-2 is the one that is mostly spreading throughout the nation right now.

Besides dengue fever, there are other common diseases in Sri Lanka that pose an increased threat due to flooding. One of these diseases is cholera. With 172,454 reported cases in 2015, cholera remains an issue in today’s world. The abundance of contaminated floodwater increases the risk of Sri Lankans contracting cholera.

Although the people of Sri Lanka struggle from the aftermath of monsoons, they, fortunately, receive help from others.