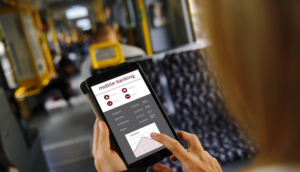 Mobile banking is a clear step toward financial literacy and freedom. It allows users to access and manage accounts without needing physical access to a bank. It is a huge asset and accepted norm in countries like the United States, where it is used by over three-quarters of the population. By 2021, there will be an estimated 7 billion mobile banking users. But in countries where much of the population doesn’t have access to financial institutions, mobile banks presents an option that allows users to gain the financial freedom they wouldn’t otherwise have. Traditionally, without access to banks, there is no access to bank accounts. This makes it not only difficult to save and protect money but also nearly impossible to access loans. Below are three countries where going mobile improves financial inclusion.

In 2011, around 80% of the Kenyan population didn’t have a bank account. This was revolutionized by the introduction of mobile banking, resulting in an incredible increase in financial accounts up to 75% in 2014. The percentage of Kenyan’s with a mobile account has since jumped to around 80% in 2019, with that number still growing. Though mobile banking is taking hold in many African countries, Kenya leads the charge of mobile adaption. This success is evident through the country’s recent economic growth, averaging 5.7% in 2019, one of the fastest-growing economies in Sub-Saharan Africa. Mobile banking has been succeeded so rapidly and fruitfully in Kenya due to its incredibly low cost and user ease. After the infrastructure is created, all that’s needed is an old flip phone and a banking SIM card. These products are relatively easy and inexpensive to get, even in countries with fewer resources. Mobile banking has allowed Kenyan’s to save money, send and receive it with ease, apply for loans, and has led to financial inclusion. Kenya acts as a clear leader in developmental growth through mobile banking.

In 2017, India had the second largest unbanked population, second only to China, with 190 million of its citizens left without access. In the same year, around 48% of India’s banks were inactive, only adding to the inaccessibility. Despite such a large number of citizens left without a bank account, over 50% of these individuals do have a mobile phone. With the proper infrastructure, mobile banking could revolutionize the way Indians send, receive and save their money. For low-income populations in India, most financial transactions occur in cash, a method that is not conducive to economic growth for poor families. With more universal access to banking, low-income populations could receive their income through direct deposit and pay their bills directly from their account, using their phone. This system promotes saving and also allows tracking of financial habits, producing an easier system for low-income individuals to amass credit and become eligible for loans. As the internet becomes increasingly accessible in India, mobile banking is expected to rise, and with it, financial inclusion.

In opposition to the other nations discussed, Indonesia has a much lower prevalence of mobile banking, but just as it has in Kenya and India, going mobile could revolutionize financial inclusion in Indonesia. Only about 20% of Indonesian’s currently have a bank account, but almost 40% of the population have mobile subscriptions, suggesting mobile banking has huge potential in the country. In 2020, an unexpected source has begun to jumpstart the exponential growth of mobile banking in Indonesia. In the wake of COVID-19, many physical banks are closed, and even those who previously had access are unable to interact with their finances. One bank, namely Bank Rayat Indonesia has even seen a 10% month to month increase in mobile banking, an unprecedented growth. Indonesia presents as a nearly perfect candidate for a “mobile revolution” given its high mobile penetration, low banking rate, and the recent inability of traditional banks to function. Despite the many challenges and tragedies COVID-19 has caused, it could be the driving force for a mobile revolution in Indonesia