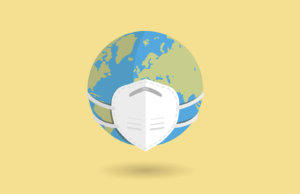 Yemen’s civil war and the resulting violence considered currently the ‘worst humanitarian crisis in the world,” a crisis that is heavily rooted in the regional divide coupled with resource insecurity. The coronavirus pandemic which broke out at the beginning of 2020 and spread globally has only increased the strain on war-torn countries. Yemen’s coronavirus crisis strained the country’s already heavily underfunded healthcare system and its ability to reach the most vulnerable.

The Conflict in Yemen thus far:

To understand just how urgent the need is to address the coronavirus crisis in Yemen, one must first understand the already raging crisis for Yemeni civilians caught in this conflict.

Results of the conflict in Yemen:

Results of Coronavirus in Yemen:

Around 80% of the country is dependent on humanitarian assistance. The United Nations (UN) has projected that there could be more casualties as a result of COVID-19 than have “been caused from the last 5 years of conflict, which is estimated at 100,000.”

Due to COVID-19, the number of children left without access to educated has more than tripled, totaling 7.8 million children. Aden, a major city in Yemen is struggling with a rising casualty count with “roughly 950 deaths in the first half of May” reported by CNN. Yemen is currently fighting two other major contagious diseases, and the rise of COVID-19 as a third has affected Yemen’s ability to distribute funding and medical resources, as they are already scarce due to the conflict casualties and the other viruses. (CNN) Many cities have filled hospitals to their full capacity and cannot admit any more people despite the growing number of cases (CNN).  People are being turned away due to a lack of access to ventilators (with some cities having less than 20 total). (CNN)

The dead are not allowed to be visited and mourned by friends and family to prevent social gathers and spread of the virus.

UN Refugee Agency (UNHCR) is” increasing aid to Yemen” to address the COVID-19 crisis and its effects on civilians affected by the conflict (Al Jazeera). The situation in Yemen is bleak and represents the worst of what a global pandemic can do to a country whose systems and infrastructures are depleted from years of war. The best hope Yemen has for addressing their civilians in need is to use the aid they receive from the Un and similar actors and seek out the most vulnerable populations first and prioritize investing in more medical necessities like ventilators and other essential equipment.