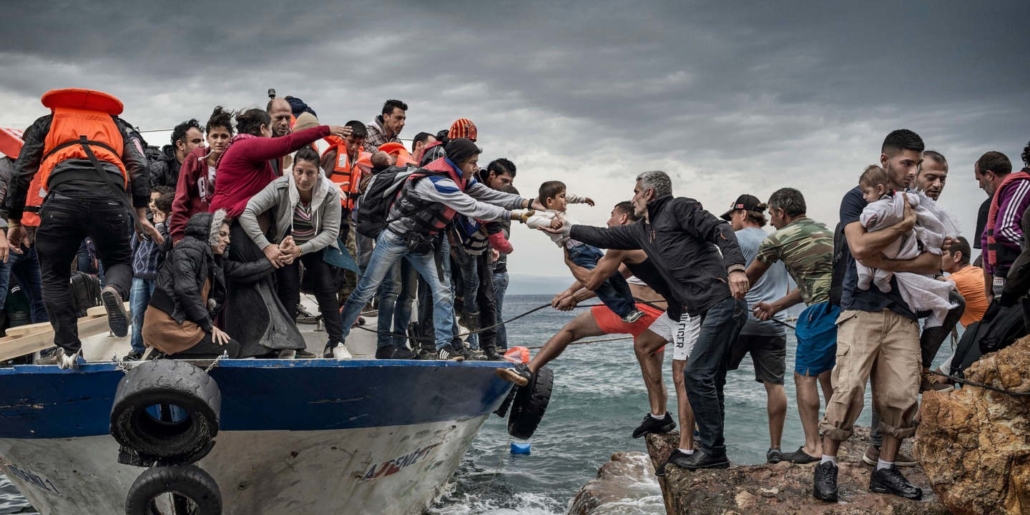 The migration scenario in Italy has evolved considerably in recent years. The request for residence permits for family reasons or protection has drastically increased and the geography of origin is changed. Sea landings from the North African coasts today constitute the main migratory mass toward Italy, a phenomenon that has reached critical proportions over time. Here is some information about the migration to Italy from North Africa.

A Snapshot of the Migratory Flows of the Last Decade

In the last decade, the flow of Italian coast landings from Africa has often reached critical thresholds. The beginning of the Arab Spring and the revolution in Tunisia brought approximately 60,000 people and immigrants to Italy in 2010.

The conclusion of the revolution in Tunisia in January 2011 ended with the interim election of President Mohamed Ghannouchi. This led to a brief period of stagnation in landings in Italy. A new conflict outbreak from Libya brought a new peak in migratory flows two years later.

Since 2014, these landings have reached dramatic thresholds. Between January 2015 and January 2018, the Italian Institute for International Political Studies estimates that the threshold of 180,000 landings per year was reached. These numbers were unmanageable for coast guard rescue teams in the event of shipwrecks and for the capacity of the Italian reception centers.

The February 2017 critical situation led the Italian foreign ministry to sign an agreement with the Libyan government. The three-year agreement required the Italian government to provide economic aid and technical support to the Libyan authorities and the Coast Guard to reduce the smuggling of migrants across the Mediterranean Sea while Libya improves the conditions of its migrant reception centers. After two years, the number of landings on the Italian coasts dropped from 200,000 in 2017 to 15,000 in 2019.

The COVID-19 pandemic led to various consequences with heavy repercussions on international mobility. Contrary to tourism, the effects of the pandemic on landings in Italy and Spain, have been opposite. In 2021, there were 67,000 landings in Italy.

Political Response to the Crisis in Europe

Numerous key elements gravitate around the landing of migrants in Italy. Italy does not bear all of the migration crisis expenses ranging from the rescue missions to the logistics and reception of immigrants aimed at guaranteeing livelihood and health care.

The EU commission has allocated the “2014-2020 Asylum, Migration and Integration Fund” for the integrated management of the phenomenon of migratory flows in asylum, integration and repatriation.

The situation in the reception centers is stable as the number of landings today is not so critical. It is natural to consider whether Italy will be able to withstand the pressure in the future if the 2017 figures are reached as the number of migrants housed in official Libya detention centers grew in 2021.

Europe has not developed a concrete plan on the redistribution of immigrants on European soil that will integrate and extend the Malta agreements on the subject, stipulated between Italy, France and Germany. For this reason, only 2% of the 53,000 people who disembarked from 2019 to mid-2021 moved to other European countries.

The Response to the Political Crisis in Italy

On the Italian side, one of the reasons for the rate of irregular immigration from Africa is the fact that Italy’s regular entry channels for non-EU citizens in the last decade have progressively reduced. The reasoning comes from the effect of the 2008 crisis and a political measure dictated more by the nationalist aversion to the increase in landings in recent years than by the objectivity of the figures.

This general closure also underwent replication in the acceptance of international asylum applications by Italy. The change in Italian legislation has meant that the number of permits granted for humanitarian and special protection in 2017 went from 28% to 1% in 2021. The closing trends, which many other European Union countries have followed, are somewhat unjustified, especially since the numbers of landings in recent years are growing.

The third crucial element to consider in this matter is the integration of those who land on the Italian coasts and its close correlation with employment. It is the integration that allows populations who leave their countries driven by wars, violence and poverty to be able to work while rebuilding a life and contributing to the economies of the host countries.

The Italian Institute for International Political Studies states that the difficulty of integrating refugees into the labor market of the country of destination is considerable. According to estimates, after more than a decade from the first entry into the country, the employment rate remains only slightly higher than 50%. This is due to the high general unemployment rate that has plagued Italy since the last global economic crisis and COVID-19 aggravated this further.

Over the past year, the number of migrants and refugees who lost their lives trying to reach Europe by sea was 896, a figure more than double the numbers in 2020. Italy’s inadequacies on this matter are still many and cannot be justified by the lack of a lasting and coherent political governance caused by the numerous changes of government. By its divisive character, immigration is often at the center of the media and political debate, becoming a salient point of electoral programs.

The current and past efforts represent a good starting point for improving the national emergency reception and integration plans for migrants to prepare Italy to face the possible future aggravation of these migratory flows. The country will require assistance to face refugees’ continued migration to Italy as many deaths occur at sea.