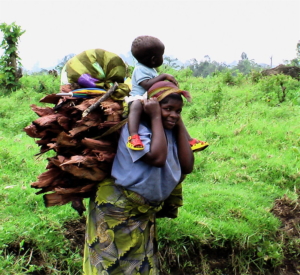 The Democratic Republic of Congo (DRC) remains one of the poorest countries in the world. Over the past decades, war, gender imbalances and lack of political development, as well as conservation issues, have contributed to the country’s vulnerability. Instability in the Congo has been a challenge, but citizens continue to strive for peace and security.

With a population of 84,068,091 in 2018, 50.1% of the Congo’s population are women, while 49.9% are men. The population has a nearly equal gender ratio, though women face significant challenges in gender equality. As in many developing countries, women are not respected equally and typically do not hold positions of power. In the Congo, beginning in 1996, sexual violence has been used as a war weapon to intimidate and control women during and after the war.

According to the U.N., women in the Congo suffer drastically from a lack of rights and increasing vulnerability during the rise of military operations in 2018. With cases and reports of sexual violence increasing by 34% in 2018, the need for change is apparent. The U.N. quickly addressed these issues, working with the Congolese government to negotiate for peace with the Patriotic Resistance Front of Ituri. This brought about a decrease in sexual abuse cases committed by such military groups. Though the issue remains, there was a reported 72% decrease in sexual abuse cases following the UN’s intervention.

A decrease in the Congo’s poverty line has also occurred over the past two decades, although according to the World Bank, 72% of the population remains under the poverty line, living on less than $1.90 a day. With more than half of the Congo’s citizens struggling to make ends meet, poaching is an increasingly significant issue. Conservation is particularly essential in developing countries in which biodiversity and wildlife create tourist attractions that provide crucial economic income. Much of the country’s wildlife, such as elephants and primates, are subject to dangerous conditions. Primates are particularly vulnerable to threats such as the bushmeat trade and the pet trade. These trades are directly linked to poverty and instability in the Congo. This is because the industry provides a source of income and food. Therefore, in order to end poaching, baseline levels of infrastructure, employment and socioeconomic stability must be attained. Until this happens, many conservation establishments, such as the Pan African Sanctuary Alliance (PASA), Kahuzi National Park and Lwiro Primates Rehabilitation Center are working to eliminate poaching and protect endangered wildlife.

Protection and Rehabilitation of Wildlife

The fact that Lwiro is run by women is unusual, as women in the Congo have been subject to significant gender inequality for decades. They are breaking gender barriers while protecting at-risk wildlife and helping improve instability in the Congo.

Lwiro is home to 92 chimpanzees and 108 monkeys, adding up to a total of 13 different species. Rehabilitation and preservation of primates in the Congo mean saving the lives of the endangered animals, whether they have been injured due to poaching or other reasons. Typically young primates are brought to the center because their families have been taken from them and they will be unable to provide for themselves. Lwiro offers multiple dormitories for the chimpanzees and monkeys and includes a five-acre enclosure for the primates to play while the staff ensures that the dormitories are safe and clean. The rehabilitation of primates requires care and attention, just as the care of humans requires. Infant primates are treated with particular love and attention. Caretakers strive to teach social skills to primates that might have lost their families and would not otherwise be socialized. Lwiro’s mission is to ensure that resident animals acquire the necessary social skills for reintegration into wild chimpanzee communities after completing rehabilitation.

Along with primate rehabilitation, Lwiro also offers rehabilitation and treatment for local sexual abuse victims. Sexual abuse is a pervasive issue in the Congo. The center provides treatment for victims ages 2 to 18 years old. Treatment can be modified to meet the needs of particular victims. According to Cadarso, the center helps “victims of sexual violence, victims of gender violence and widows.” The staff uses methods such as Tension and Trauma Release Exercises (TRE), meditation and prayer. Lwiro focuses specifically on survivors’ mental health. “You need to give psychological support that aims to provide the tools to resolve their trauma and skills to promote their resilience,” Cadarso stated. Lwiro has worked with nearly 350 victims and counting, most being women and children. The center also provides therapy for individuals for three months and three weeks. It reports an 85% patient improvement rate after treatment. Lwiro’s therapy offerings reveal that addressing instability in the Congo can start at the level of individual people.

Lwiro is expanding its center in 2020, starting a new project to build the first Psychological Reference Center (PCR). In the past, victims have not had a physical place to conduct their psychotherapy sessions. Therefore, this project will be massively impactful. Additionally, the Psychological Reference Center (PCR) will implement new practices such as training primary healthcare workers training to recognize mental disorders like PTSD, depression and anxiety. The second phase will provide similar training specialized for teachers, teaching “skills to recognize children with severe problems so they can be referred for more specialized treatment,” Cadarso states, and “providing listing resources available in their communities.” This initiative will enable individuals to recognize and assist those who are struggling physically and mentally. They will be able to determine proper care or treatment.

The project’s implementation and funding would not be possible without the support of many NGOs, such as the Jane Goodall Institute, the Ivan Carter Wildlife Foundation and more. To address instability in the Congo, multiple approaches are required, and Lwiro ensures that no person — or chimp — is left behind.