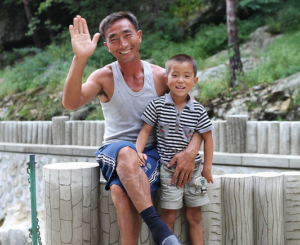 As one of the most secluded nations on earth, it is no surprise that many aspects of North Korean life remain a mystery to outsiders. However, the lack of psychiatric help for mental health in North Korea is well documented and corroborated by defectors. According to a 2014 South Korean study published in the National Library of Medicine, 76.3% of North Korean defectors suffered from mental illnesses that typically went untreated in their homeland. As opposed to the Western view of mental health as a health problem that should be treated by medical professionals, North Korean society sees mental health issues as a byproduct of the individual’s lack of support for the nation’s “revolutionary” ideology.

North Korea’s failure to properly diagnose and treat mental illnesses with psychiatric care has caused the problem to fester over time. Historical traumas dating back to the nation’s strict rule and history of famine have made the problem endemic in North Korean society. However, other issues connected to mental health in North Korea, such as stigmatization of those in need of help, are not necessarily unique to North Korean society, with similar problems occurring in Western countries as well.