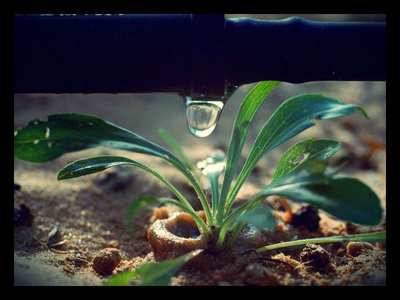 For many North African and Middle Eastern (MENA) countries, the goal of greater water acquisition had been the standard policy for developers and government officials aiming to combat the low annual rainfall and dry climate of the region. Huge projects involving the construction of desalinization plants, dams, and canals resulted in only marked successes in solving the region’s water scarcity problems. Enter the Canadian-led International Development Regional Centre (IRDC) in 2004 that – with a fresh set of eyes and a renewed focus on efficiency – set out to implement a new policy of development that focuses on water reduction as opposed to acquisition.

The water conservation project, known as WaDlmena and co-sponsored by the IRDC, introduced a “demand management” program that focused on decreasing the amount of water used through innovative water conservation methods and development that focuses on water reduction. Techniques such as greywater – which utilizes non-sewage wastewater for crops – along with drip irrigation and nightly crop watering were researched, implemented, and tested by local farmers, policymakers, and community members. Various concerns such as issues involving poor farmers and tariffs on water usage were also addressed, leading to creative new ideas such as allowing small amounts of free well water to local growers.

Since the WaDlmena program has been enacted, nations such as Jordan and Morocco have adopted water conservation techniques ranging from mandatory wastewater systems in new buildings and drip irrigation for the agricultural industry. Thanks to the IRDC’s efforts in funding development that focuses on water reduction instead of water acquisition, a realistic solution to the water scarcity problem in the Middle East may soon be reached.