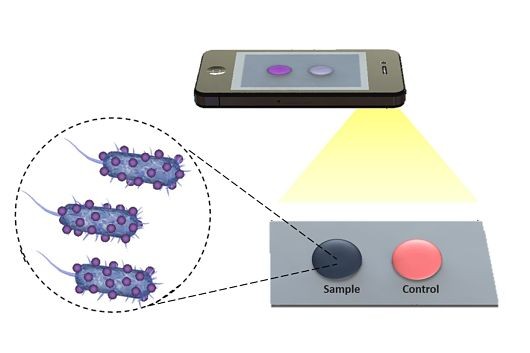 The ongoing Ebola epidemic in Western Africa has shown the dangers of late, or improper, diagnosis of disease. A late diagnosis can lead to a patient further spreading a pathogen and the wrong treatment usually does more harm than good. In developing countries and rural parts of the world, medical care is grossly underdeveloped, and as a consequence, diagnoses of illness are often inadequate. Millions die each year due to the fact that doctors cannot identify their ailment or treat it properly. However, with recent advances in microchip technology, diagnoses are becoming more accurate and timely for a cheaper price than ever before with medical microchips.

There are many different kinds of chips and devices being developed in both the public and private sectors. One such device is the “paper microchip” currently being tested at Florida Atlantic University. The chip is made of a polyester film that can detect pathogens in a blood sample.

An author of the university study, Waseem Asghar, said, “[t]here is a dire need for robust, portable, disposable and inexpensive bio-sensing platforms for clinical care, especially in developing countries with limited resources,” A large problem that doctors face in developing regions is the lack of laboratories and skilled testing personnel. With microchip technology, samples do not need to be sent to a lab, rather results can be generated instantly on the spot.

Microchips prove to be a major innovation in the medical world as they have the potential to take human error out of the equation. Computers do not need to go to medical school or study the exact signs and symptoms of any given disease. Researchers have tested the “paper microchip” for HIV and E. Coli diagnosis, but also state that the device could be used for many other infectious diseases. As the name suggests, microchips are small and thus portable. With increasing App and interconnected technology, they would require less training and knowledge to operate. Microchips have the potential to diagnose millions who were, in the past, untreatable due to their economic or geographical situations.