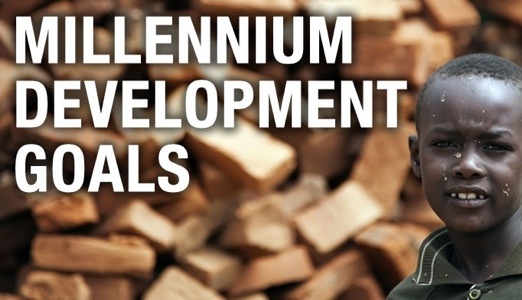 With an expiration date of December 2015, the achievements made through the MDGs provide evidence that poverty can be eliminated worldwide by 2030.

MDG 1: Cut Extreme Hunger and Poverty in Half

Since 1990, approximately two-thirds of developing countries have achieved gender unity. In Southern Asia, the primary school enrollment ratio favors girls over boys in 2015.

The child mortality rate decreased from 12.7 million in 1990 to 6 million in 2015. In addition, the measles vaccine compared to 2000 covered almost 10 percent more children worldwide.

Compared to 1990, the maternal mortality rate has been cut in half, narrowly missing the 75 percent benchmark.

In 2010, the goal to increase access to clean water was achieved five years early. Since 1990, 2.6 billion people have gained access to improved drinking water.

Overseas development assistance from developed nations to developing countries increased 66 percent. With the expansion of technology, Internet infiltration increased significantly from 6 percent in 2000 to 43 percent in 2015.